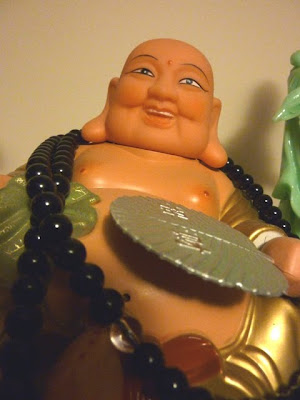 I love kitsch.
This is not an unusual thing in a gay man - indeed, the love of kitsch is an essential element of camp, and camp is queer's greatest cultural achievement. The cultivation of interest in unfashionable and derided art forms has been a distinct part of the queer subculture since at least the victorian era, and I suspect long before. There is an element of the un-loved taking on as mascots all the un-loved elements of recently scorned culture. In Sontag's famous essay 'Notes on Camp' she quarrels with the instant association of kitsch with camp, claiming that camp is altogether a different quality. I think she is drawing too fine a point. Her argument, for example, that the novel Peyton Place is kitsch rather than camp is thoroughly erroneous. A camper novel you will never encounter (unless you pick up a copy of Querelle of Brest).
What makes something kitsch? I would suggest that it must be an object that is mass-produced and intended for a popular audience. It must be cheap, and as an object of beauty it must be in some way flawed, or have failed to reach its aims. That is why religious objects so frequently stray into the realm of kitsch. 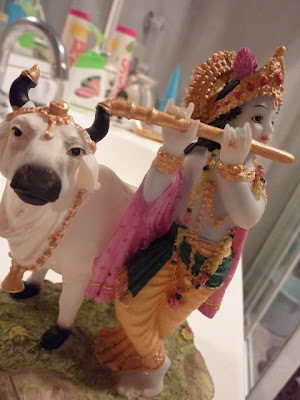 They have been constructed to serious purpose as aids to worship, but their garishness, shodiness and over-willingness to tell a story renders them failures.
Indeed, it is in the realm of objets d'arts that kitsch is most easily demonstrated, and it is here that I am at my most comfortable as a collector. The gay man as collector of knick-knacks is of course an offensive cliche, but like most cliches it is thoroughly true. Every fifth gay man will be a collector of some sort, and will possess a china cabinet or ten filled with vintage Barbie dolls or porcelain parrots.
My passion for kitsch was cultivated under the guidance of my grandmother and her sisters, women born in the 1930s whose passion for collecting was a leftover from an earlier era. They were working-class women for whom a well-stocked china cupboard was the sure sign of a slightly more genteel sensibility. My own mother was a yoga-loving hippy who saw no value in the perfume bottles and ring boxes that cluttered every surface of the houses she'd grown up in. Our own house was austere in decoration, and she was a regular thrower-away of any objects to which a child might become attached.
I freely admit that the collection of objects may point to a certain neurosis - in my case probably a great desire to be surrounded by things I love and the security of the constancy and certainty they offer. They also, of course, remind me of the love and affection of my grandmother - indeed, a great many of the things that collect dust in my house belonged to her and to my great-grandmother.
With the advent of mass production the collection of kitsch has become much cheaper and easier, and I have had to curb my enthusiasm in recent years. Otherwise I wouldn't be able to walk past a $2 shop. But don't be surprised if, one day in the near future, you hear about the sad death of an elderly homosexual, his dried-out body crushed beneath a mountain of resin Buddha-statues and porcelain money-boxes in the shape of teddy-bears. 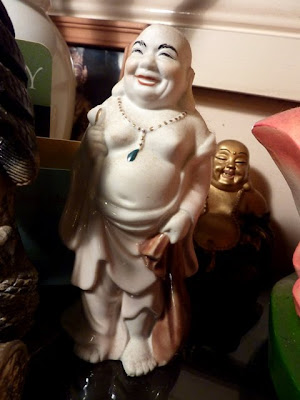