You k now I am not really a devotee of the new. So as always, my favourite books of teh year will probably be all oldies, or several years after the fact at the very least. It takes me a while to work through my piles of "books to read next." I read a lot this year - I taught and spoke a lot, and it always involved huge reading lists. So I feel as though in 2016 I really extended my knowledge - something I feel happy about.

Anyway, here are the books that delighted me the most this year: 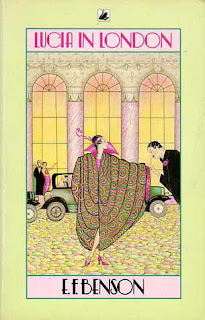 1. Lucia in London by E. F. Benson - this year I taught a course called 'The English Comic Novel in the 20th Century' and one week was E. F. Benson. It was, of course, tremendous fun to prepare, and I think I managed to infect a few people with the Benson mania. But once again Lucia in London stood out as the best of all the Lucia books. It's never boring, for even a moment, and it is splendid in how it makes you love and despise the main character in turns. I think if I just read this book over and over I would be perfectly amused for the rest of my life. 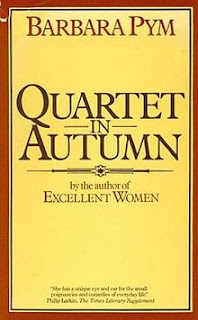 2. Quartet in Autumn by Barbara Pym - four people get old and die. Doesn't sound like a laugh riot, but what an exquisitely formed and totally unique novel. This is the one that was nominated for the Booker Prize just before Miss Pym died, and really, it should have won. I can't wait to read it again. 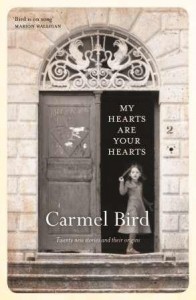 3. My Hearts are Your Hearts by Carmel Bird - this year Carmel Bird won the Patrick White Award, and very deservedly so. She is a remarkable writer, and this odd and at times unsettling collection of short stories really shows a writer at the very top of her craft. 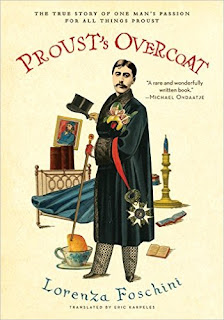 4. Proust's Overcoat by Lorenza Foschini - ever since I read Edmund White's delightful little biography of Proust some years ago I have become obsessed with the man. I have read the Remembrance...and many books of biography and literary theory. This unexpected little book is perfect for the Proust fan. detailing just how many people are obsessed with the man and have let him run their lives, long after his death. This is an entertaining and completely engrossing literary curiosity that would turn even the most hardened into a Proust enthusiast. 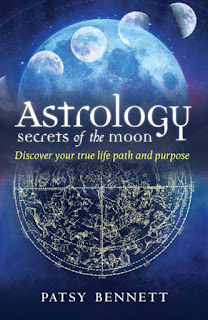 5. Astrology: Secrets of the Moon by Patsy Bennett - I am not really much of an astrologer, but this intriguing book opened up a whole new world to me and helped deepen my understanding of the possibilities of astrology to explain personalities and life paths. Patsy encourages readers to be more reflective about the night skies and to perhaps allow for the possibility of celestial influences. This is probably only one for those with a keen interest in astrology, though. 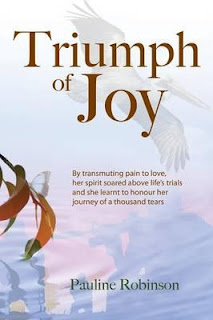 6. Triumph of Joy by Pauline Robinson - unlike some of my writing friends, I am reasonably optimistic about the future of indie publishing and is possibilities. This incredibly moving memoir is an excellent example of how someone with a burning desire to tell their story can do just that and bring it to the world, no matter what publishers might say. Pauline lived through an extremely traumatic marriage which ended in the suicide of her husband, and in this beautiful book she carefully and meditatively looks at the lessons she has learned in the course of a difficult life. Engaging and ultimately inspiring, this is a collection of messages from the natural world that have come to Pauline and encouraged her to share her journey. 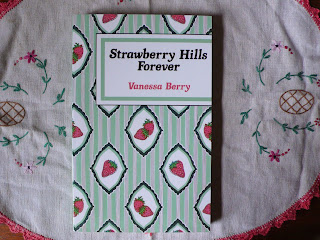 7. Strawberry Hills Forever by Vanessa Berry - another memoir (I do love the form), this was Vanessa Berry's first book, which must have been written when she was terribly young (she still is) but which has all of the hallmarks of maturity, sophistication and a strong literary voice. If you don't know Vanessa's work you really should become acquainted - she is one of the most fascinating people currently writing. This accomplished book deserves to be better known - completely engaging from beginning to end. Talcum powder, 80s horror movies and op-shopping - every part of the Berryesque oddness is already here. She really is my guru. 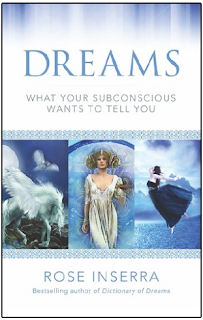 8. Dreams by Rose Inserra - I have been obsessed with dream books ever since I was a child, and my Aunty Audrey kept by her bed a battered old 1940s pamphlet dream dictionary. I have read all kinds of books about dreams over the years, and it remains a subject that absorbs me completely. Australian author Rose Inserra's exploration of dreams and dreaming is excellent and all-encompassing. It is a book I have read and re-read over the year, dipping into it occasionally when I have had a particularly vivid night of dreaming. It made me alive again to the divine messages of the dream world, and for that I am incredibly grateful.
Email Post
Labels: Barbara Pym Carmel Bird favourite books Proust