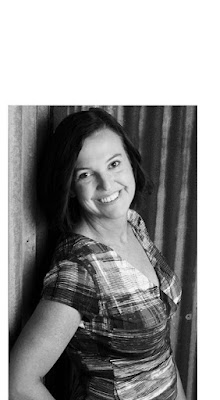 Our guest this week is my student and friend Sharon Livingstone. She recently published her first collection of flash fiction, Red Inks. I asked Sharon  to share how she got back into writing and the creative fears she had to face: 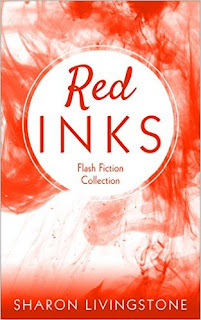 For a couple of years, I complained a lot about having writers’ block, a non-specific condition whereby a writer simply can’t get cohesive, wonderful words from their brain to the page. Or the creative cogs have rusted and the can of WD-40 is empty.

I even started a writers’ group to help me to get over this debilitating condition. It was only a short term solution, keeping me writing for a day or two at best.

I read every article I could find on my “problem”. Write everyday, even if it’s rubbish, keep writing. That was the common theme. Gave that a go - it lasted a day. I started a blog, with the theory that, if it’s public, I’ll be motivated to keep going. It lasted for a few weeks before drying up. Mary-Lou Stephens suggests that meditation is helpful. I’ve tried meditation many a time with patchy results.

Writers always seem to be wishing we were more successful, better writers, had the talent of J. M. Coetzee or the ideas of J. K. Rowling. Are we jealous when we hear about other writers having amazing success? Maybe not but it might be tickling our toes. More and more of my writing group were announcing their books had been published. I’m genuinely happy for them and I know how much hard work that each has put in to achieve this goal. I’d heard them read some of their writing and it was impressive. More success to them, I reckon. But it lit that green fire in my gut too.

Not that I had anything to be jealous about. They were constantly writing, were focused and determined. I was staring at a computer screen that invariably had my Twitter feed scrolling through or displaying something to throw my credit card at.

As they say in the classics, something had to give.


Yeah, well, busy at work really is a rubbish excuse. I admire people like Fleur McDonald, who was writing while also being a farmer, a mother (one of her kids has autism), a spokesperson for women in agriculture and, at one point, she was a carer for a sick family member. Yet, Fleur still writes and publishes a new and intriguing book each year. I have nowhere near those kinds of demands on my time or mind.

Plot development issues should have been a red flag. The story wasn’t good enough. The story was too long. There were too many characters.

I’m so easily distracted. Ooh, look at this amazing food Walter is showing me on Instagram! Ahem.

Apparently there are solutions: you can simply not log into the WiFi;  or you can use a social media blocking app (there are fistfuls out there).

That dealt with the excuses. I’m not even sure I had writers’ block. I’m pretty sure it was chronic laziness. So what got me writing again to the point where I could publish my own book?

A shift in mindset. Sounds so simple, right? Well, it is!

I’d been focusing my energy on writing novel length stories. But in the same way that an actor on stage feeds off the immediate reaction of the audience, I loved the response of an audience when I read out a story I’d written in ten minutes. That can of WD-40 was full again and the creative cogs were turning. What if I was supposed to write super short stories instead of a novel?

What do they say about light bulb moments?

Know your strengths, accept your weaknesses.

Hmm, but that still didn’t make me write every day. That took some commonsense advice. I’ve never been one for goal-setting. At least, not for sticking to benchmarks for the goals I set. But when it was suggested that I create some short term goals and put a completion date on each task, it worked. It really worked.

I gave myself three months to write 60 stories for a collection of flash fiction stories, which would be published one month later.

Off to the library! WiFi turned off, I wrote for two hours on each of my days off work. I made it more enticing by getting the coffee in and packing a snack. I can’t seem to write without something to nibble on. The library isn’t quiet and I like to sit outside near the cafe but the fresh air works wonders on the creative mind.

I booked myself into a Blue Mountains writing retreat for four days, too. I got my inspiration by bushwalking in the morning and, with a coffee, wrote all afternoon and later into the evening. There was no WiFi there at all. Writing was becoming fun again instead of something to dread.

Wouldn’t you know it? Being disciplined, with a fixed goal and methodology, I got those 60 stories written (two weren’t good enough to make the collection). Naturally, not everything went to plan and my beta readers, cover designer and editor didn’t have the same timelines/priorities as me, so publication shifted by three months in the end. I didn’t beat myself up over that because I’d worked in Defence industries and target dates always shift to the right. It’s normal. Besides, I’d told simply everyone I knew that I was publishing a book, so there was no way I was not going to finish this project. I mean, who wants to look like an idiot to their family, friends, colleagues and passing acquaintances?

I saw my book on the bookshelf this morning. A symbol of organisation, determination and focus.

That tiny thing needs some brothers and sisters.