Skip to main content
Labels
Posted by Walter Mason May 29, 2013

Jane Skelton was one of my fellow students at the Writing & Society Research Centre at the University of Western Sydney, where she recently completed her Doctorate of Creative Arts. I remember reading a rough draft of some of her work and being struck by how wonderful it was, so I made sure we became friends after that. It always pays to have talented people on your side! Now Jane has just launched her first collection of short stories, Lives of the Dead (I am launching it in Sydney on Saturday June 1 at Berkelouw's in Newtown), and what a remarkable and original collection it is (published by Spineless Wonders). 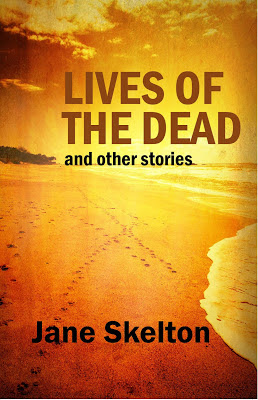 I thought I would ask Jane a few questions about reading and writing life:


Do the stories in your new book follow one particular theme?

I don’t think they follow any one particular theme, though when they were put together I could see they had things in common. The characters are often captured by memories, and these memories are tied up with the land they are living in or travelling through.

I like to write about the landscape and so the stories are rich in that kind of imagery. There are many watery Images, which are juxtoposed with scenes of dryness and drought. Characters often meld with the landscape, for example the hermit in ‘the stones’ has creased hands which resemble the land seen from high above. The land resists the characters, if they seek to control it or use it, but at the same time it flows into them and becomes a part of them. The collection begins and ends with road trips, which are also journeys into the past and memories.

Are you one of those people who is a news obsessive, or do you prefer to avoid newspapers and television? What kinds of magazines, newspapers or websites do you like reading?

I don’t watch television, I mainly listen to radio news when I’m driving. I wouldn’t say I’m a news obessive, though I like to know what’s going on.  I love the newspapers with breakfast on Saturdays and tend to spread them about all over. Then I store them in the shed to use for mulch, and they stay there forever. Newspapers have diminished a lot and I’ll be sad if the paper and ink form disappears completely. You can’t get that ink and paper smell from an ipad. As for magazines, I read The Monthly, and various literary journals. I like some of the literary websites though I get tired of looking at screens as I’m often staring at one all day at work. (I do like walterblog though, and Noodlies, though I get jealous of the pho, we only get faux pho in the mountains.)


One of the things we hear a lot about on the Australian literary scene is the place of women in Australian letters. Who is your favourite woman writer?


Gillian Mears. I think her latest novel, Foals Bread,  is wonderful - I’ve read it twice. She evokes the people and animals of One Tree Farm, and all the gory and gothic detail of early 20th century country life, the dew of the cobwebs of the windowsill, the colours of the river and skies, the intricacies of spaying cows, the hardship and glory of the high jumping life. Although it is so sad. Nearing the end, I kept saying aloud, “don’t do it Noey Nancarrow!”


Where do you see yourself in five year’s time?


I would love to have my two unpublished novels published and be on my way to completing a third.


Do you keep a journal? If so, do you follow any method or have any particular rituals surrounding it?


I seem to have several going at once. A couple of small Chinese hardcover notebooks to carry around in my bag. And a more special one, a moleskin one which has to be black. Pens are very important too, they have be black and have a good ink flow.

Can you offer a word of advice to new writers starting out?