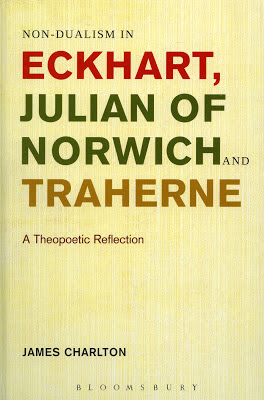 Most of us are aware that the words ‘me’, ‘mine’, ‘you’, ‘yours’ can mislead us into feeling separate from other people. Bloomsbury has released this book as ‘an exhilarating contribution to a recovery of the unifying power of non-dual awareness and connectedness.’

Three European thinkers are highlighted; each of them takes a non-dual approach. Western non-dualism has been ignored by the mainstream for centuries. On the other hand, the concept of non-duality remains basic in much of Asian religion.

Meister Eckhart, Mother Julian of Norwich and Thomas Traherne are interpreted as ‘theopoets’ of the body/soul who share a moderate non-dualism. Their passion for unitive experience is linked to construals of both ‘the Self’ and ‘Awakening’ in the Hindu philosophy of non-separation.

A key chapter is titled ‘Losing and Finding the Self’. Within the Infinite lies the finite, and vice versa. Accordingly, spirituality is not so much a matter of following the Buddha or Jesus (or whomever) but of identification with the Realized Being to whom the Spirit nudges us.

The teaching of Ramana Maharshi (d. 1950) is discussed by way of counterpoint to the more moderate non-dualism of the three Europeans. Charlton mentions an early Christian statement which expresses an affinity with Hinduism: ‘God is my being; yet I am not the being of God.’ This is a non-dual affirmation which steers away from monism.

Charlton favours an inclusive, non-dual and process-oriented model of theology and philosophy. Since he adheres to an ultimate transcendence, his position implies panentheism as distinct from pantheism. His previous books are poetry collections: Luminous Bodies (Montpelier Press, Hobart, 2001) and So Much Light (PardalotePress, Hobart, 2007). 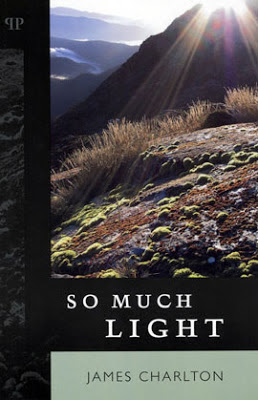