Many of you know that this Christmas the Moderator of the Metropolitan Community Churches (i.e. the top dog!), the Rev. Dr. Nancy Wilson, will be coming to Sydney to lead a number of services. 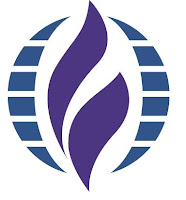 The Metropolitan Community Church was founded by the Rev. Troy Perry to minister specifically to the gay and lesbian community, though it has always been open to everyone. Troy and the MCC were fundamental parts of the gay liberation movement in the States in the 1970s and 80s.
Here is Rev. Nancy's biography: Rev. Wilson was elected to the position of Moderator of MCC in 2005, following the retirement of the Founder of MCC, Rev. Elder Troy Perry and in July 2010, she was re-elected for a term of six years.  Her office is in Sarasota, Florida.

Rev. Wilson obtained her B.A. from Allegheny College, her M.Div. from St. Cyril and Methodius Seminary and is a D.Min. from Episcopal Divinity School.

Rev. Wilson served as Clerk of the Board of Elders for ten years; and became MCC’s first Chief Ecumenical Officer, a post she held for 23 years.  She has been the official delegate of MCC to the World Council of Churches General Assemblies in Canberra, Australia (1991); Harare, Zimbabwe (1998) and Porto Alegre, Brazil (2006).

Rev. Wilson is an Associate Minister with The Fellowship and in 2011 was appointed by President Barack Obama to the President’s Advisory Council on Faith-Based and Neighborhood Partnerships.

Her published works include:  Our Tribe:  Queer Folks, God, Jesus and the Bible (Alamo Press); with Fr. Malcolm Boyd, Amazing Grace; and her prayers and poems are included in Race and Prayer edited by Malcolm Boyd and Chester Talton (Morehouse Press).  She is a popular preacher and speaker; has been honored with the first “Lazarus Award” from the Presbyterian Church and was invited to preach at the Earl Lectures at Pacific School of Religion in 2002. 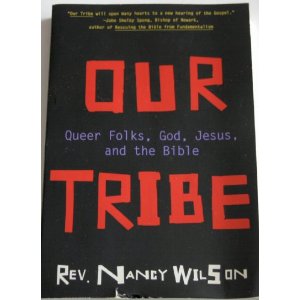 We are so privileged to have Rev. Nancy here over Christmas. She will be leading services at various Metropolitan Community Churches across the city and at the Christmas Eve Service at Sydney Town Hall.