One of the great delights of being a writer is being asked to speak to writers' groups. I am the product of a writers' group, and really believe in the value of sharing your craft, your hopes and your anxieties with a group of like-minded friends, as well as sharing reviews on books that have inspired and helped you. A couple of months ago I had the privilege of being invited to address the Marrickville Writers Group which meets at Marrickville library. They were an interested and engaged bunch of people, and I was delighted to read Richard Luke's report on my talk in their June newsletter. With his permission I am reproducing it here for you in the hope that you might get some ideas and inspiration from it. Thank you Richard! 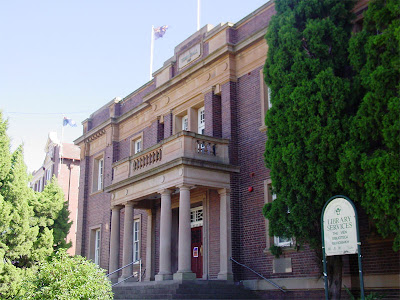 Author WalterMason gave insights into the writing craft at the Marrickville Writer’s Group meeting at Marrickville Library on June 30, 2012.
He highlighted how a notebook can prove such an invaluable tool.
“You must capture those spontaneous, creative thoughts which flash up anywhere and anytime,” he says.
“When I wrote my book ‘Destination Saigon’, I had written 90,000 words for the publisher after only going through one-third of my thoughts and ideas listed and colour-coded  in the notebook."
“The publisher then wanted me to delete 30,000 words from this effort, before she would agree to publish! This I did, but my point here is to highlight how a notebook can provide a foundation to keep your writing buzzing along.”
Walter used an interactive workshop approach to drive home his teaching maxims.
At one point he gave the writer’s group 10 minutes to describe a typical morning in their life: “Write down anything quirky or weird and imagine you’re explaining this to, say, a friend in Vietnam.”

Walter said that similar exercises with another writer’s group helped improve his writing style.
“I was able to develop a light-hearted style to ‘Destination Saigon’ which the critics seemed to love.
My book, for instance, was named one of the top ten best travel books of 2010 by The Sydney Morning Herald.”

Walter says, typically, he writes from 7am to 10am daily and maintains this discipline whether he’s experiencing high, low or even zero productivity.

In answer to one question about frustrations caused always stopping to re-write, Walter confessed he wasn’t like Ernest Hemingway who might spend days fine-tuning a paragraph: “I prefer to get on with the job. For me, the book is already within me, so I initially aim to listen to my spirit and establish a rhythm and flow of words. I correct and edit later.”

*deadlines were in pleasing publishers and inspiring your best effort;

*unpublished material – “You never throw away” – was for spin-off articles to other media outlets; and

*open mindness was when selecting a writing style: “I have a friend who won a blog award for excellence by bypassing traditional styles and writing in a stream of consciousness.”