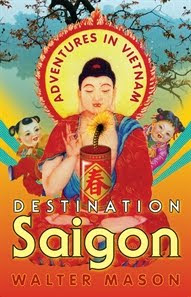 Get a taste of the real Vietnam and its people on a sometimes funny, always fascinating journey from the bustling cities to out of the way villages, into Buddhist monasteries and along the Mekong - a real delight for armchair travellers and those contemplating their own adventure.
Description
From the crazy heat and colour of Saigon to the quieter splendour of Hanoi, Walter Mason gives us a rare, joyous and at times hilarious insight into twenty-first century Vietnam. Seduced by the beauty and charm of its people, and the sensuousness of its culture, we can almost taste the little coconut cakes cooked over a fire in a smoky Can Tho kitchen, or smell the endless supplies of fresh baguettes and croissants just out of city ovens.
As colourful city cafes and bars make way for visits to out-of-the-way shrines and temples, we take an impromptu visit to forbidden fortune tellers, and glimpse a little of the Cao Dai religion, made famous in Graham Greene's The Quiet American. Escaping on impulse to a far-flung province, a brief imprisonment culminates in an invitation to local wedding celebrations.
Travelling off the beaten track to far-flung villages and lesser-known towns, we cruise along the Mekong, board hopelessly overcrowded local buses or perch perilously on the back of motorbikes. Behind-the-scenes visits to Buddhist monasteries reveal a quieter and more transcendent world beyond the busy day trips of tourists. And in the process we begin to see the country through the eyes of its people.

Unknown said…
I love this book, I am reading it now. You so funny and observant and honest, great with language. Only thing is, when I look at your photo I don't see the fat man you describe in the book! Thank you.
21 March 2015 at 13:19