Skip to main content
Labels
Posted by Walter Mason May 06, 2011

I am not much of a trainspotter, and to be honest, new modes of transport don't particularly thrill me. So I didn't expect to be overly excited when I was in Shanghai recently and caught the fast train not once, but three times. But who would have thought it - I have become an enthusiast! I want fast trains all over Australia, and believe they would revolutionise living and tourism here.
Now, the Maglev train from Pudong Airport in Shanghai will get you into town in 6 minutes, as opposed to an hour-long taxi drive. You've gotta admit, that is pretty impressive.
And when I travelled to Nanjing to attend a conference I caught the fast train from the brand new station at Hongqiao. 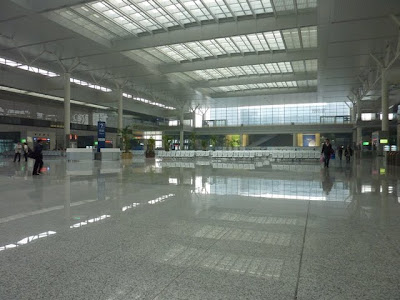 This is an impressive place, smack next to an airport and constructed along similar lines. 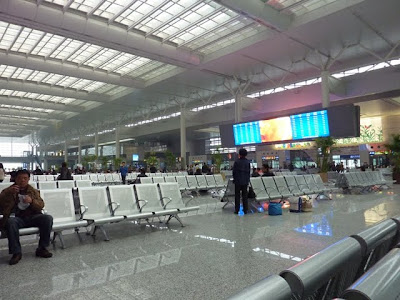 It is sleek and cavernous and ultra-modern. Just as I was being wowed by the glamour of the new China, the man sitting next to me hacked out a really impressive glob of something from his chest and spat it out on the gleaming floor. Then I felt comfortably back at home in the old China.
As befits a Socialist nation, the Fast Train in China has a handy first class section to avoid all of that nastiness, and it is luxurious indeed. I got to Nanjing in 80 minutes in a quiet, clean carriage that, in terms of comfort, leaves any airplane for dead. This is the way to travel.
Even better, it's a way to meet celebrities. On the way back my First Class carriage was invaded by a half-dozen improbably good looking young men of about 30. They turned out to be an ageing Chinese boy-band, and I spent 80 minutes in their elevated company as they giggled, snoozed and put their feet up on the seats (rock and roll!), constantly attended by the most extravagant entourage. I should have asked for a job.
Email Post
Labels: 50 New Things china glamour Nanjing Shanghai