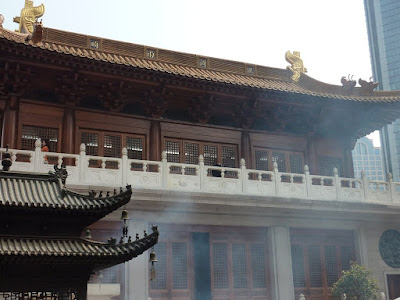 "Are you a Buddhist?" asked the handsome, bespectacled young man who had followed me all the way down Huashan Rd, observing me popping into Buddhist supplies shops and purchasing rosaries from a man selling them from a box on his bicycle. I'm never quite certain how to answer this question - how does one characterise a lifetime's exploration of Buddhism combined with an increasing unwillingness to define myself according to any one particular tradition? So I did what I always do - I avoided the question.
"Actually," I said, "I am headed to Jingan Temple - is it far?" 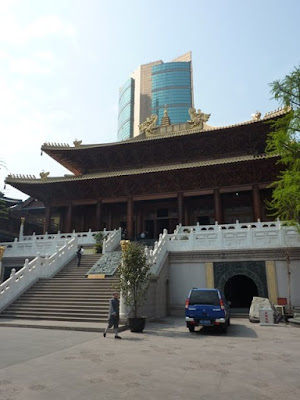 "Why it's just around the corner," he said. "Why don't I take you there?"
And so for the second time in my life I found myself at Shanghai's most visible Buddhist temple. From the road Jingan Temple is impressive. Vast wooden walls and towers are topped with gold, and the whole structure dominates the local landscape. It is handily served by a subway station in its basement, and a glamorous shopping mall right next door. Set into the temple's outside walls are large shops selling outrageously expensive Buddhist jewellery and religious objects. The shops make fascinating browsing, but really, who buys such overpriced tat?
The grandeur of the temple's exterior and the hefty entry charge might lead you to expect something pretty spectacular inside, but what I discovered was exactly what I'd seen three years previous - a dusty, cold construction site filled with rather desperate worshippers and a surprisingly large number of monks. 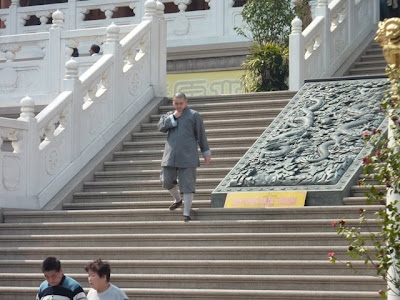 Even the statues are unfinished in the lofty, half-built halls. What can possibly be taking them so long?
Nonetheless, the place was filled with hopeful tourists striding along the walkways to the temple's various towers and shrines. 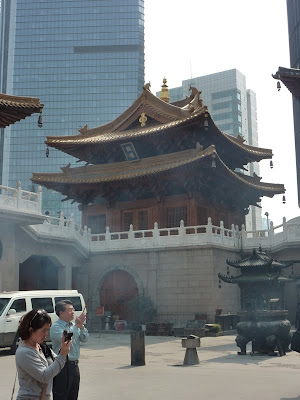 I was one of them, accompanied this time by my new and very earnest friend, whose entry I'd paid. His commentary was entirely unhelpful, but his company was cheering.
After about a half hour I suggested we ditch the temple and hit the mall. I discovered in there a gang of young toughs selling counterfeit bottles of Hello Kitty perfume encrusted with wannabe-Swarovski crystals. This time I was seriously tempted. 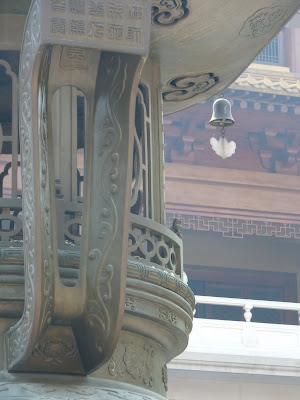