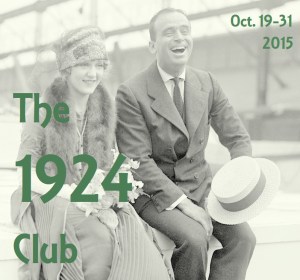 I really should be preparing my lesson on Barbara Pym for tomorrow, but it's mostly done and I wanted to take a brief moment out to tell you that I will be participating in Stuck-In-A-Book's 1924 Club.

This is a marvellous virtual read-in which takes place over a week or so in October. 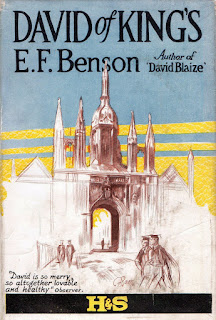 I have decided to catch up on E. F. Benson and read David of King's. 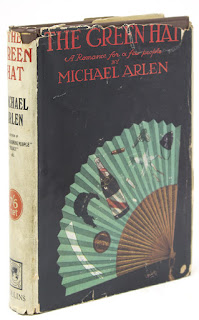 I will also do Michael Arlen's The Green Hat, because it's a great excuse to finally read a book I constantly see referred to and which I own a copy of (I know it's somewhere in the house). 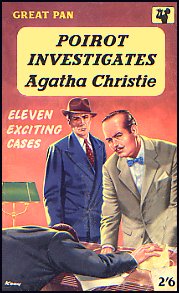 If I have spare time? I will go to Poirot Investigates, because the last time I read an Agatha Christie novel was 1986, and I'd like to see how I react to her as an adult.