The Mystery of Edwin Drood and the Death of Dickens at Ashfield Library, Thursday 4th of August 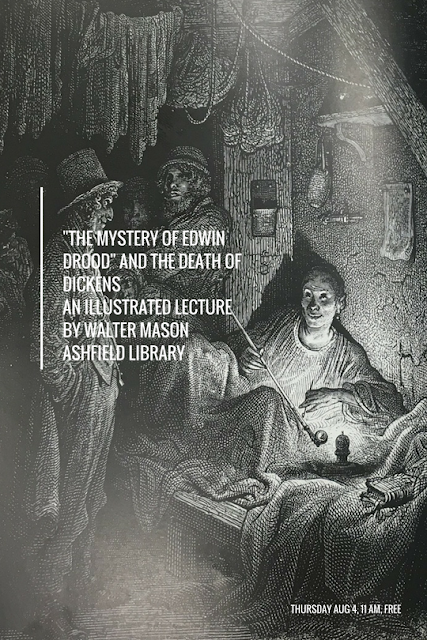 The Mystery of Edwin Drood and the Death of Charles Dickens

An illustrated lecture by Walter Mason

Ashfield Library, 11AM, Thursday the 4th of August

What did the world make of a half-finished book by the most famous author in the world?
He died on the 9th of June, 1870.
Who made his famous death sketch, and why did Dickens’ daughters hate it?
He had a premonition that he would never finish this novel.
How did he change his publishing contract in an uncharacteristic manner?
After he died an American Spiritualist began to channel his spirit and completed the novel.
Come and learn about the whole fascinating story.
Email Post
Labels: ashfield library Charles Dickens events the mystery of edwin drood victorian literature