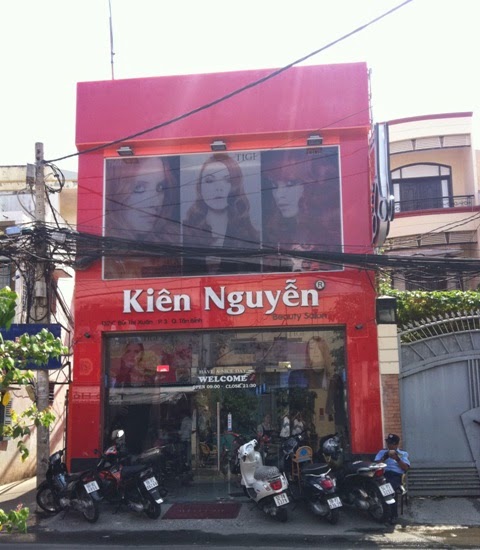 Recently I've been in Vietnam, and have returned refreshed and renewed, as I always am.

The first 17 days I was leading a tour of Australians from Hanoi all the way down to steamy Chau Doc, and we all had a fabulous time.

Then I stayed on in Vietnam for some R and R at my second home, the family business on Bui Thi Xuan St in Tan Binh District, Ho Chi Minh City.

Now, this is not any spectacular area of the city, though our street does these days feature a temple which has become reasonably famous. I am proud to say that what makes this little corner, right near Pham Van Hai market, notable is the family business we have built up over the years.

I say "we," but I really mean my nephew, Kien Nguyen, the maestro whose name graces the salon. These days Kien is an internationally trained hairdresser, having done courses in Italy, America, France and Korea. The man has travelled more than I have!

And Salon Kien Nguyen has developed from a rather humble little one-roomed operation we opened on a shoestring budget 10 years ago to a glamorous, big beauty salon that employs a dozen or so people. I am so proud of what Kien has done, and every time I go back to Vietnam the salon looks more and more beautiful.

Naturally I can’t help but hang out at such a busy and social place, though with my bald dome I am hardly a waling advertisement for the place. Nonetheless, whenever I am around I build a little local interest as the strange fat foreigner somehow attached to the salon, and people really do come in out of curiosity. 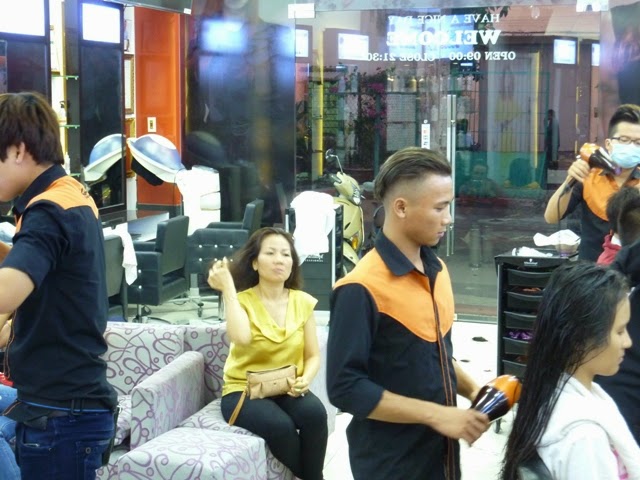 Most of the business is done at night, so daytime there is lots of cleaning, chatting and even the occasional arm wrestle. I encourage such foolishness, and we are all reprimanded when Kien comes down and catches us. 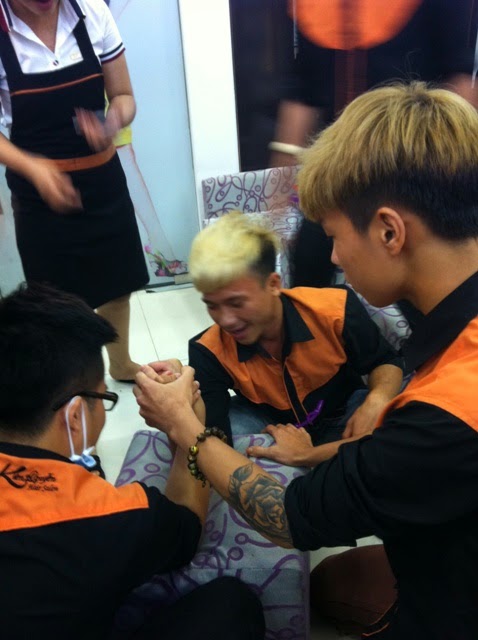 I love knowing that at any time in my life I can throw it all in and go to Vietnam and shampoo heads for the rest of my days.

But for the time being Kien trains young people from all over Vietnam to become accomplished hair stylists, and many of them have gone on over the years to establish their own successful businesses. We now have a lineage.

I do get melancholy sometimes because I know that these lovely people I get to know will have moved in in a couple of years. Back to Dak Nong or Bac Lieu or whatever province they came from to open their own place. Or even sometimes just a few streets away with their own eponymous salons, and I am too shy to drop in and say "Hi."


Anyway, if you want a fabulous 'do while you are on holiday, I would urge you to drop by the grooviest salon in the North-western suburbs.