We never know where our life's journey might take us, and I never expected that I might be thrown back into the orbit of someone I knew in my days of youthful folly.

A couple of years ago I re-connected with Justin Sheedy, purely by chance, and we intstantly reminisced about our days of glamorous excess. Justin went one step further and wrote a whole book about them!

Even more to the point, Justin has established himself as one of the most energetic, productive and successful indie writers in Australia, and is the very model of a modern author. With the launch of his new memoir, I asked Justin to talk about how he went from aspiring author to publishing dynamo: 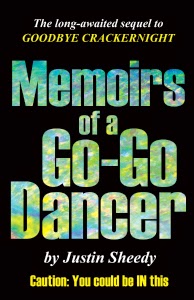 It’s exactly the same for any aspiring writer as it is for an author of world renown:  Being creatively productive is a condition they crave.  Utterly.  So it’s bloody lucky that being creatively productive is also something they cannot help.  They’re never not:  Even when they’re stuck on a page or stuck for an idea (absolutely freakingly, hopelessly STUCK), they remain creatively productive by getting up from the page, up from the desk and going for a good, long bracing, solitary walk until that point at just about 30 minutes into it every time when that literary light bulb goes ON, the idea comes, the problem is solved, and the marvellous page goes on.  At least, they bloody-well hope it’s marvellous…  Marvellous times 240 if it’s a 240-page book…  Marvellous or not will be revealed when people say “I think your last book was marvellous.”  Or not.

I recently launched my 4th book.  It’s called Memoirs of a Go-Go Dancer.  It’s 240 pages.
Before the release of every book I am what is known in the literary world as shit-scared.  Yet being shit-scared apparently works for me.  Apparently…  Each of my first three books received a handful of readers assuring me that they will read the book more than once.  (And, yes, this could have been because the readers in question couldn’t understand my books and so need to read them again.)  In any case, after three well-reader-reviewed books I joked to my Facebook community that now at long last I might have qualified for a “Certificate of being Not Crap as an Author”.  In due course someone designed and sent me one.

Memoirs of a Go-Go Dancer is the sequel to my first book, Goodbye Crackernight from 2009, my portrait of childhood in 1970s Australia when a child’s proudest possession was not a smart phone but a second-hand bike.  Go-Go Dancer is my portrait of 1980s teenage years under the threat of nuclear annihilation, before I ever kissed a girl let alone lose my virginity. We had The Grim Reaper. Other horrors featured include 1980s fashion, 'Perfect Match', 'Miami Vice' and the music of Kenny Loggins.  The book also features the iconic events of the decade such as the fall of the Berlin Wall and Bob Hawke’s ‘any boss who sacks anyone for not coming in to work today is a BUM’ moment. 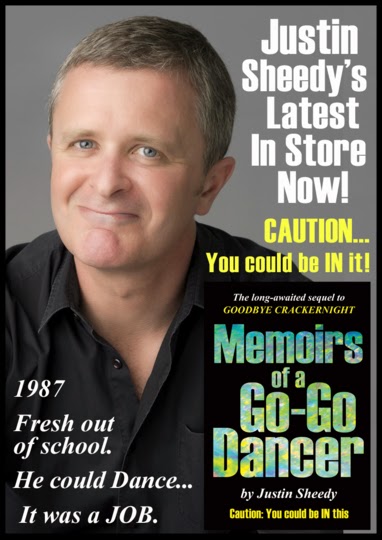 It took me nine months to write, re-write and polish, and at the end of almost every page I said to myself: “I am buggered if I know where the next page is coming from.”  But each and every time I said this to myself I forced myself to answer, “Now Justin. This is your fourth book.  And at the end of every key bit of your last three you had no idea where the next bit was coming from but it always did, didn’t it? It will again now, so start having some bloody faith in yourself.  Experience at long last shows that you should.  Doesn’t it?”

And it did:  I remained creatively productive every day for nine months despite every second day thinking that I wouldn’t.

So what was my motivation to press on through all the “buggered if I know what to do next” moments?  My motivation?  Well it certainly wasn’t THE MONEY.  As a self-published author, even if this next book of mine is a raging success I’ll basically cover my costs.  My reward is something different.  My reward is when complete strangers say, “Your book made me laugh and cry and on public transport.  You’re a bastard, Sheedy.”  (You heard it here first:  My reward for writing and reason for writing is to make people I don’t know laugh and cry on public transport.)  But seriously, folks, my reward is what keeps me motivated.  And my reward is to be sharing Australian stories with Australian and international reading audiences.  Because that’s what my books have been so far:  Goodbye Crackernight and now its sequel, Memoirs of a Go-Go Dancer, are celebrations of Australian social history.  I’ve also written two World War II historical fictions, Nor the Years Condemn and its sequel, Ghosts of the Empire.  These are remembrances of the stunning true (and untold) Australian story of how the best and brightest of a generation of young Australians flew against the forces of Nazi tyranny and won, albeit at staggering cost.  My books embody my passion: to share with others what I’ve seen, what I know, what I can imagine, and what I think MUST be told.  Nah, I just love making people embarrass themselves on public transport.  Motivation indeed.  To remain creatively productive. 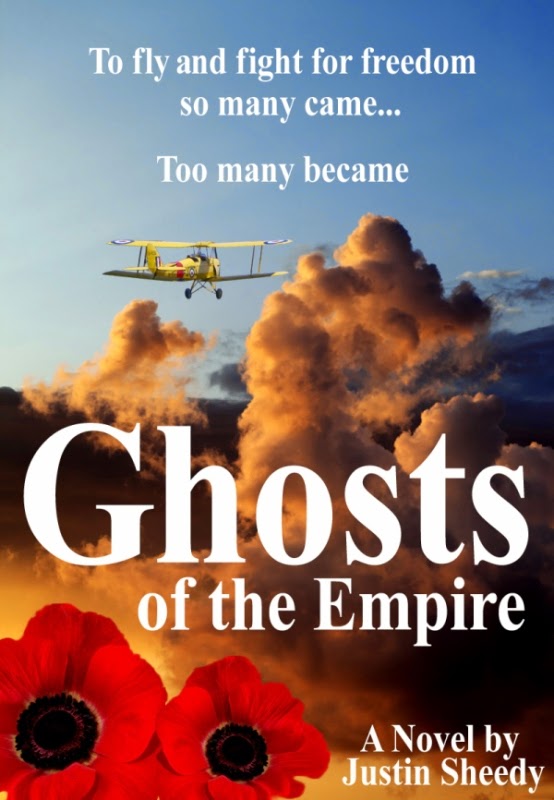 If you’re an aspiring author (and even ‘great’ authors are still ‘aspiring’ authors) you will already know deep within you that writing isn’t just something you want to do; it’s something you have to do; something you cannot help.  You strive for the end-product bliss of getting something special between your ears down onto the page which, because it’s written with effective economy of language, is then read by a complete stranger who is, as a result, transported somewhere they have never before been.  This you will achieve, if you become any kind of decent author, as you’ll have caused your reader to have clean missed their normal bus stop: the noble result of your sustained creative productivity.

In any case, for any author, being creatively productive is the easy part.  Then you have to take your finished first draft, re-read and re-do it ten times, maybe twenty times, until it ends up the piece of writing it deserves to be.  But that’s your next stage in the writing process.