13 Lessons in Creativity from Tallulah Bankhead 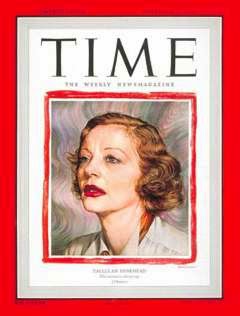 I have loved Tallulah Bankhead since I was a child, and have always found her outrageous life inspiring. I remember back in the 80s when Boy George said the only book he'd ever read was a biography of Bankhead, and that was all the preparation he needed for his colourful career. Born in 1903 and dying in 1968, Tallulah was a hard-living actress who eventually became more famous for being famous than for any of her professional work. She was unconventional and daring and spent her life living it exactly how she wanted to.

“Say anything about me, darling, as long as it isn't boring.”


I've always said that I wanted to create a world full of Tallulahs. 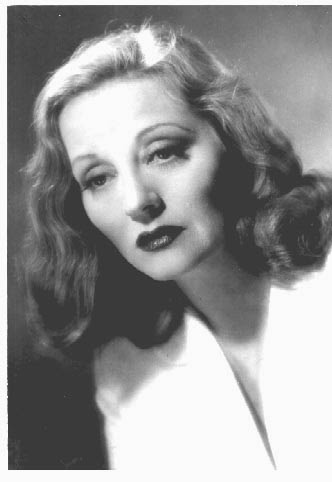 The most scandalous, colourful figure Hollywood ever knew, Tallulah lived her life to the fullest. Her final words were:


Omnisexual, clever and cultured, she could never fit in to the studio machine, which is why she made so few movies. She was principally a woman of the theatre, and later on radio, where she would tell all kinds of scandalous stories and bitch about everyone. Her principal enemy was Bette Davis, who played all her roles in the movie versions – Tallulah would make them famous on stage and then they would be given to Bette for the film version.

She could be monstrously demanding and unprofessional and was frequently drugged and drunk on stage. This only made her fans love her all the more.

Tallulah has inspired generations of creatives.

Here are 13 lessons I have derived from a careful study of Tallulah's life and a 25-year devotion to her work:

1. Enter Competitions - her first fame came when she entered a Picture-Play magazine screen opportunity contest in June 1917. She was one of 12 selected, and so her career began. There are still plent of literary competitions in Australia, of all kinds. Entry fees are modest. Set yourself the test and apply some deadlines.

2. Hang out with the property men – Those that constructed and painted the sets were the best allies to have, and also, she soon discovered, the best judges of a play’s or an actor’s worth. Make the acquaintance of booksellers, librarians, graphic designers and the people who work the front desks.

“Fill what is empty, empty what is full, and scratch where it itches.” ~ Tallulah Bankhead


3. Dramatise everything you do – mythologise yourself so people are interested in you long before you become famous.

4. Attend local shows – Tallulah became interested in the theatre through attending local shows in Alabama, where she grew up. Support amateur actors, local artists, self-published authors. Go to talks at your local library. Once again, this is an incredibly valuable way to learn how the industry does – and doesn’t – work. It also helps build your profile and establish your reputation as a generous and engaged person. Become a master of the local arts scene.

5. Never forget your manners – Tallulah always sent thank you notes, no matter how hungover she was, or how disgraceful her behaviour had been at the party. She also always remembered and credited the people who had helped her along the way. Do the same. Graciousness, good manners and affability are incredibly valuable professional qualities, and will take you remarkably far. Editors, festival directors and sundry others will always go for the artist they like.

6. Study French – Or Latin, philosophy, astrology, dressmaking, tarot or transcendental meditation. Deepen and broaden your experiences – anything you learn you will end up using in your creative life. So always keep learning, and not just about your chosen craft.

7. Tell people the raunchy bits – Tallulah was remarkably frank about everything from lesbianism, the penis size of her lovers and her drug use to the people she hated and the ways in which her career had stalled or gone backwards. The Hays Code had a special appendix devoted to Tallulah Bankhead, which concentrated on “Verbal Moral Turpitude.”

8. Be a fan – she always sang the praises of the people she thought talented and great. She called Garbo the greatest human on Earth. We often forget to cultivate heroes and people we aspire to as we get older. Cultivate this quality in yourself. Become really interested in great people.

9. Write about your convictions – in the early years of the 2nd world war Tallulah write and published a pamphlet called ‘Human Suffering Has Nothing to do with Race, Creed or Politics’.  Use your passions to fuel your writing, and vice-versa.

10. Commit inspirational texts to memory – though hardly a churchgoer Tallulah delighted in quoting the Bible, and was particularly fond of Psalm 103:  “Bless the Lord, O my soul: and all that is within me, bless his holy name.” Taking the time to memorise inspirational phrases is an excellent discipline – it makes you look smart, it helps when speaking in public and is a constant gift when you are writing.

11. Don’t be afraid to imitate the great – Ethel Barrymore was, in Tallulah’s youth, the great stage actress of her age. “Because she adored and studied Ethel Barrymore and because Miss Barrymore had such an eruptive effect on Tallulah, she was able brilliantly and with great subtlety to imitate her.” (Lee Israel). Imitate those artists you admire. Do it as much as you like. Let the great talents rub off on you. Get Austin Kleon’s book Steal Like an Artist.

12. Read trade magazines like crazy – instead of studying at school Tallulah would read all the screen magazines. She knew about everyone and everything. Writers are not very good at this, and I am always meeting people who know almost nothing about writers, writing or publishing. Stay up-to-date and remain on your toes.