What If: Shirley MacLaine on spiritual questions and spiritual hunger 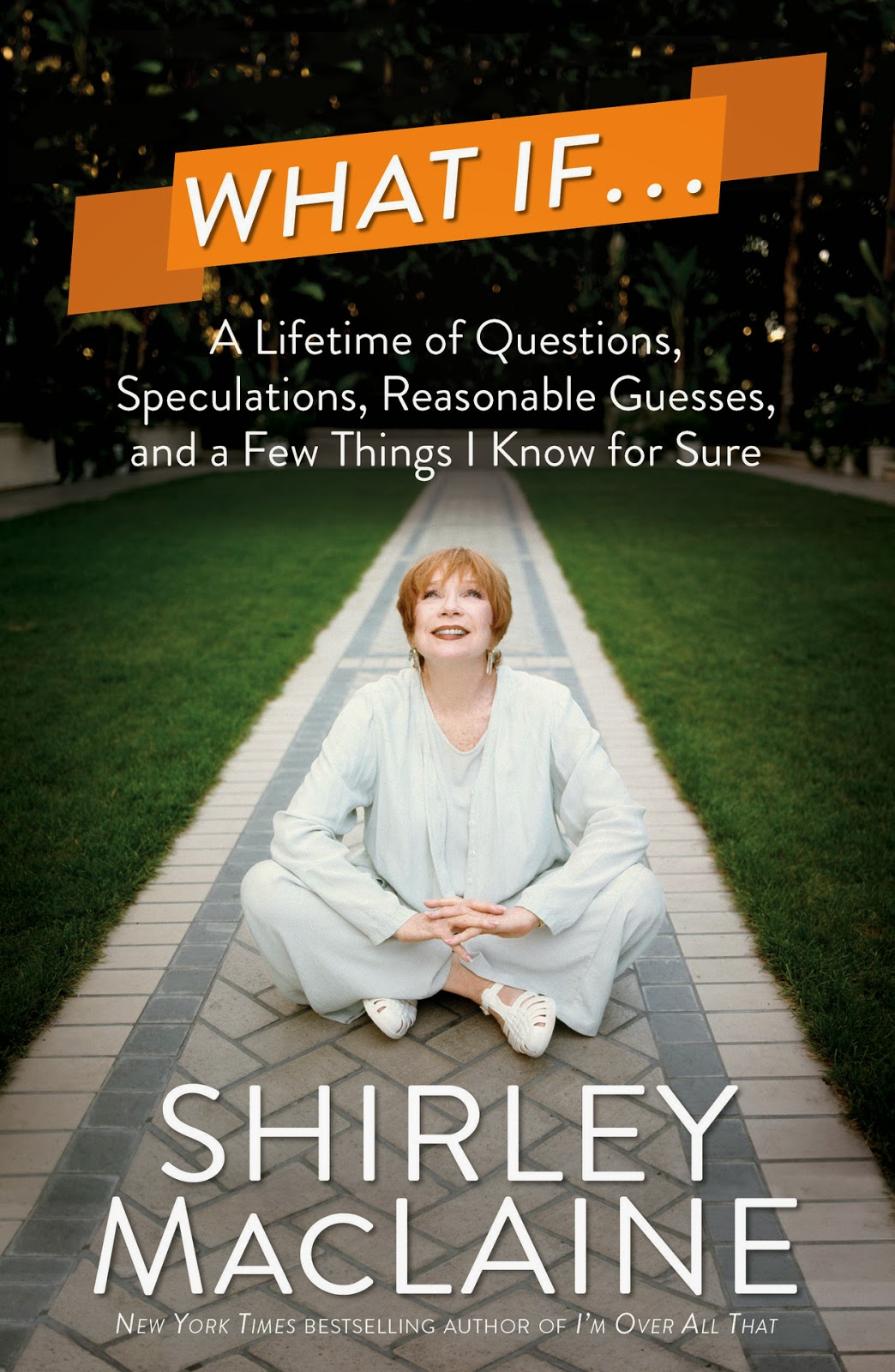 Time to come clean: I am a devoted fan of Shirley MacLaine. I can trace it back to the precise moment. It was when she went astral travelling while plunged in a Peruvian hot spring in the TV mini-series version of Out on a Limb. I was 17 years old and I thought "Yep, Shirley is my kind of people." I had grown up on a diet of Lobsang Rampa, Swami Satyananda and Reader's Digest books about the unknown, so I responded instantly to Shirley’s brand of mysticism.

I remember that Videodrama on Oxford St. had a VHS version of the series, and it was one of the first things I made Mr. Noodlies watch when I met him. It was my test. Of course, he loved it. And years later when it came out on DVD I bought it instantly and have watched it over and over.

I also went on to read all of Shirley’s books, and absolutely love them. I am always itching for the next installment, which brings me to her latest, What If...

Shirley's books have become increasingly idiosyncratic, which is only right for someone who sells books by the truckload. She can publish whatever she damn well pleases. And so I always thrill to see how she has further deconstructed the forms of modern publishing - Shirley is a truly postmodern writer.

What If... is a series of observations, questions and musings on just about anything that comes into her head. It is stream-of-consciousness joy ride through Ms. MacLaine's psyche, and as such it is wonderfully entertaining and a perfect book to pick up and put down at random. There is not much in the way of thematic development, so you can read the book however you please. Shirley made it so.


Some of the brief chapters include musings on:

What if sex isn't meant to be monogamous?
What if spiritual hunger is what we are suffering from?
What if people were more like dogs?


That last one is particularly noteworthy because in recent years Shirley MacLaine has become increasingly eccentric on the subject of dogs. She published a book in which she claimed psychic communication with her beloved dogs, and she is grumpy that commercial flights won't let her travel with them anymore. She even dislikes doing Downton Abbey because she can't take her dogs to England, and she hates being away from them.

"What if something happens to my dog Terry? I would get another dog immediately, and wait for Terry to come back. I believe the life she has led has been too pleasurable for her to ignore."


Yes folks, MacLaine is talking doggy reincarnation here. And as we all know, reincarnation is one of her hot topics.  But it's not all dogs. Along with fabulous gossip about the old days in Hollywood and what it's like to work on Downton Abbey, Shirley Maclaine also gets downright Zen at times, posing all kinds of Delphic mind-benders that take up a single page:

"What if we simply need to ask the right questions instead of trying to find all the right answers? I try to think of answers as springboards to more questions."


Yep, that's a whole page. Plenty of white space around that one. For notes, I guess. And more questions. Further:

"What if people stopped repeating themselves? There would be a lot of unused air and still practically no communication."


I'm still puzzling through what that one actually means. Some kind of koan, I guess. At least it's the only text that appears on page 140, so plenty of room to record my own musings on the subject. Shirley gets all crazy on the matter of time, a recurring theme in the books I've been reading recently. For example, she thinks her beloved dog Terry will pre-incarnate, i.e. be born as another puppy before she dies. She says that this kind of thing is the way of the future as more of us grow to learn that all time occurs instantaneously anyway. There must me some seriously weird discussions going on in the MacLaine household. I wish I was there. 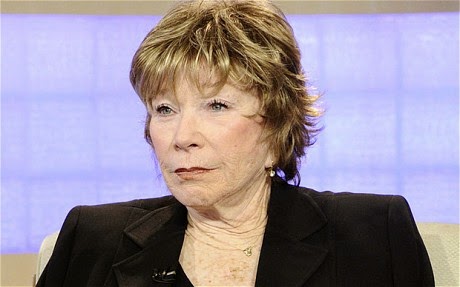 She suggests that show business is a form of shamanism (how I ache for her to do a whole book on that premise!) and then goes on to reflect on her years in Vegas with Sammy and Dean. Indeed, despite its spiritualistic moments this book is largely an exercise in affectionate nostalgia. She also reflects on ageing, and glories in her role as cantankerous and opinionated old bat, not unlike the character she plays in the brilliant Downton Abbey. She is very much an advocate for the aged, and for allowing yourself to look naturally older. It is a concept she celebrates, and she deserves enormous praise for this aspect alone. She also decries the ghastliness and indignity of modern travel:

"What if we stopped the screening of airplane passengers right now - suddenly - all at once, and the thugs standing around (TSA) went home...What if we were suddenly respected for being innately honest and peaceful without the need to prove we didn’t shove anything up anywhere?"


Brava, Miss MacLaine! After Marianne Williamson has been elected to Congress I want you to nominate for president.

The rest of What If...goes on to explore a delightfully random series of questions, including politics, DNA and, inevitably, enlightenment. It's a quite entertaining read, frequently very funny and always bordering on camp. Treat yourself, and become a part of Shirley MacLaine's eternal journey.