Walter Mason: Adventures in the Kingdom

I am speaking at the Tom Keneally Centre at the Sydney Mechanics' School of Arts in the Sydney CBD. 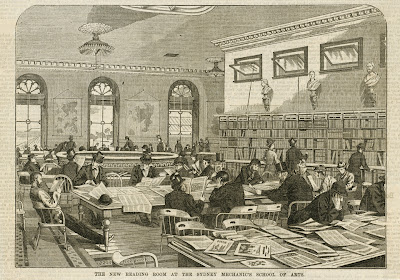 The Sydney Mechanics' School of Arts is a fine old Sydney institution, and if you haven't visited before this is your perfect excuse to see a beautiful old building and one of Sydney's longest-running cultural institutions. Indeed, historian Garry Wotherspoon has just written a history of the School (and is also speaking about it soon).

My talk is a free event, but places are limited, so please call and book soon. Full details:

Due to an emergency situation resulting in the the Police closing Pitt Street, Walter Mason’s talk on the 16/10 was unable to go ahead as planned. We apologise for any inconvenience this situation beyond our control may have caused.

The good news is that Walter’s talk will go ahead at the rescheduled time of Wednesday 23rd of October, 12:30-1:30pm. 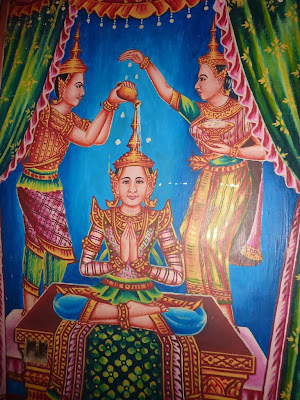 Join travel writer and raconteur Walter Mason as he takes us on an illustrated journey through Cambodia, one of the most fascinating countries in Asia.

From the grounds of crowded Buddhist monasteries, through the mountains of Battambang and into the parlours of shamanesses channelling 900 year old princesses, Walter’s special fascination with the mystical traditions of the Khmer people have given him a unique insight into a coutry more commonly identified with suffering, genocide and the horrors of war.

The tantalising ruins of Angkor Wat are inhabited, not just by poorly-dressed tourists, but also by a spiritual memory and prophetic tradition that dates back centuries.

Cambodia has mystified and enthralled travellers for hundreds of years, but only now are people beginning to discover a country and a people looking forward, and not just backward to its tragic past. Walter will tell some of the stories and show some of the images behind his latest book, Destination Cambodia.