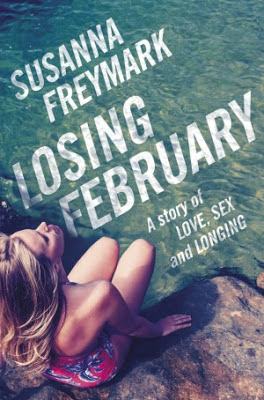 I am often struck by how little modern technology has intruded into the world of fiction, and how rarely the objects and technologies we rely on each and every day are ever made a part of the story. In Susanna Freymark’s gritty new novel Losing February, this is remedied once and for all. This book hinges on text messages, emails and internet chat as it recreates a doomed love story in regional Australia.

Bernie has fallen in love with a married man, and he grows to represent all that is missing from her life – romance, passion and the kind of deep connection a middle-aged divorcee with three kids has slowly grown to forget. But of course, such a relationship is fraught, particularly since the object of her affection is a public figure and also someone from her past with whom she has re-connected (thanks, again, to the internet).

In the idyllic landscapes of Northern NSW, Bernie slowly falls apart as her close network of female friends fails to provide her with the other kinds of comfort and solace she requires. Drunken movie nights and invasively confessional conversations only leave her feeling more isolated, sitting on secrets she can’t possibly share. I loved this harsh assessment of the limits of friendship, an anti-romantic view that one rarely encounters. No matter how close her cronies might pretend to be, Bernie knows that even they have their own moral and personal limits that she doesn’t dare transgress.

Losing February charts the hopeless pursuit and the frantic, pathetic longings of a never-could-be love affair, and I’m sure all of us could relate to the increasingly obsessed Bernie as she tries to make the whole impossible situation seem meaningful. She deteriorates into a virtual world of cyber sex where she can feel desired – if not respected – and where she makes an increasingly disastrous series of casual hook ups that, perhaps surprisingly, lead to some acts of sexual liberation and personal realisation.

There was so much in this, Freymark’s first novel, that I responded to. Its honesty, its complete engagement with the real world, and its perfect re-creation of some of the obscure, and slightly sad, prepossessions of early middle-age. The rawness and realness of her protagonist’s responses left me utterly enthralled, and never once did her world veer into the unreal or the clichéd. There are very few writers engaging with the realness of new ways of meeting people and of negotiating sexuality, and for this liberating theme alone Losing February is worth a read.