How to Get Inspired - Ideas from Stacey Demarco

During my recent Inspirational Conversation with modern witch Stacey Demarco at Ultimo Library, we discussed some of the things that have inspired her along her journey to becoming a successful author, television personality and catalyst for change in the world.

Here are some of the things Stacey recommends for getting inspired and staying inspired:

The Spiral Dance by Starhawk - This is one of the most celebrated and influential books in the renaissance of modern paganism, and Stacey said that she discovered it by chance at an airport bookshop. Almost as soon as she started reading it she began to realise that Starhawk was explaining exactly her own world view. Once she had finshed this book, Stacey knew she was a pagan and her whole world opened up.


Bladerunner - This was the movie that really opened her mind. Stacey said it was the visual world created on film that really captured her imagination and made her realise the immense creative possibilities that exist in the world.

Re-reading the classics - Stacey says she has been going back to the classics and finding the world of great literature incredibly inspiring. She singled out Anna Karenina for special praise.


Getting outdoors and back into nature - Incredibly fit and glowing with good health, Stacey wants us all to re-connect with nature in a really fundamental way. She said we need to escape the boxes of modern living as much as possible, and to re-embrace the more organic curves of nature.S he is working on a new project called Natureluster, for serious lovers of nature. 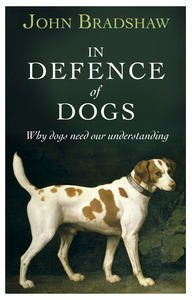 In Defence of Dogs by John Bradshaw - As a passionate advocate of animal rights, Stacey would like to see the relationship between humans and animals balanced out a little. In this fascinating book, she says Bradshaw makes a very clear case for the complex psychological lives of dogs, and that by reading it we will be made a little more aware of why we should treat all animals with kindness and respect.


Stacey Demarco, modern witch, author and media personality, has written many books, including The Coffee Oracle and the absolutely exquisite Goddesses and Sirens Oracle cards. You can read more about Stacey here.
Many of Stacey's books are from Rockpool Publishing, one of Australia's premier independent publishers specialising in transformational literature. You can read more about them, and see the books they publish, here.