It was appropriate that over Sydney's long, hot Christmas I read LynneLeonhardt's evocative novel of childhood in Western Australia, Finding Jasper. For in this beautifully rendered novel Leonhardt recreates a hot, dusty farm in rural Western Australia, a place with no comforts where the garden is either dying or growing out of control. 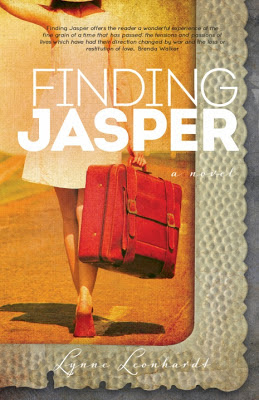 There was so much I recognised in the world of Gin, the lonely, almost-orphaned child sent to live at the ancestral seat with an emotionally frustrated aunt. Having myself grown up in the isolated bush of rural Australia (though very far away from Leonhardt's perfectly-rendered Western Australia) I recognised this world almost immediately. It is there in the lonley, fantastical wonderings of an isolated child, the small discoveries rendered large by the absence of any other kind of sensory input and the desperate search for people with whom the child can connect.

The novel flashes back to the years of World War Two when Gin's mother comes from England to live at the preposterously-named 'Grasswood', headachey in the shade of the verandah and pining for the dashing young Australian soldier she has come to be with. But it keeps coming back to the loneliness of Gin, the mostly-unwanted child of this coupling, who now contents herself with her grandmother's old 78s on a gramophone that has sat idle for many years.

Music winds its way, appropriately enough, through this lyrical novel, another great friend of bush people everywhere as they strain to create their own entertainments. The lure of the city lies there too, as sensuous and thrilling as it ever was in Madame Bovary, with Gin's neurotic, lonely mother flirting with the big-city possibilities of travelling salesmen while she is chaperoned by her spinster sister-in-law, who is herself unsettlingly beautiful and the possessor of a distant, glamorous past.

This Aunt, Attie, inspires the young girl with talk of their days in colonial Ceylon, pricking her imagination with statues of the elephant god Ganesh, rewards for music remembered but objects, too, that peg her to her own familial past, a place too distant from this fatherless child.

Finding Jasper is a glorious piece of Australiana, and a fascinating and unique look at Western Australia in the 40s and 50s. I'd live to give a copy to every foreign visitor, so subtly and perfectly does it bring to life a certain memory of Australian culture and all of the problematic relations that made this moment in history possible.

I’d like to add here that Finding Jasper is the brand new release from new independent Australian publisher Margaret River Press. I’d like to congratulate them on their energy and vision and their commitment to producing new and interesting Australian literature. Please support them as best you can.