Writing the Personal: Some Examples

A couple of months ago now I was speaking on a panel devoted to Writing the Personal at the 1 day Sydney Emerging Writers' Festival, and in the name of research I was looking at some memoirs, new and old, to see how others write about the personal and what they choose to discuss.
I thought I'd share with you some really lovely books (some of them old favourites) that evoke personal worlds in a fascinating way: 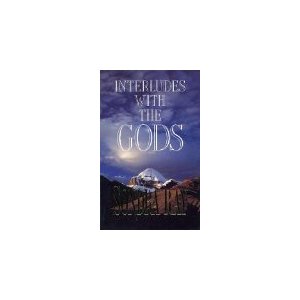 Interludes With the Gods by Sondra Ray - Ray was a hugely influential New Age fgure in the 80s, and was partly responsible for the popularity of an alternative therapy called Rebirthing. She was also a talented writer, with a knack for evoking the personal, as though letting the reader in on an intimate secret. In Interludes With the Gods she recounts her various spiritual encounters with various gurus, healers and teachers, and it is an absolutely fascinating and compelling book. From 60s uber guru Ram Dass to Jesus, Ray tells her readers how her life has been changed by her time spent with these "gods." She speaks, for example, about her meeting with body worker Ida Rolf, and how Rolf told her to keep on going with her own healing work. Ever-so-engaging.

Meeting Fairies by R. Ogilvie Crombie - Ogilvie Crombie was better known as Roc, and was a really significant figure in the Findhorn Community in Scotland. This is an interesting book because it was compiled by Australian publisher Maggie Hamilton from the diaries, essays and papers Roc left behind. In them he reveals a surprising and magical world of fairies and nature spirits that he communicates with in various Scottish locations. He explains that every garden should have "a wild section which acts as a focal point for teh nature spirits to work from." This books intimacy comes from its revelation of many things that most people would reject as just plain crazy: points of "power" and conversations with the Great God Pan. But it is a magical and enchanting world described so matter-of-factly that you begin to wonder, "What if he was right..."

The Last Cigarette by Simon Gray - Gray's memoirs have something of a cult following, and they are funny and very honest accounts of dealing with addiction, ageing and increasing decrepitude. Gray writes beautifully of his attempts to stop smoking.

This is How by Augusten Burroughs - Burroughs has, of course, made a career out of personal confession, but this deconstruction of self-help is probably my favourite of his books. Oddly enough, his attempts to draw more general lessons from his own life encounters renders the book even more intimate, more rawly confessional. His overheard conversations and bittersweet memories serve only to render the character of himself more real, and more vulnerable.

The Creative Life by Julia Cameron - Though ostensibly a book about how to live more creatvely, it really is an excellent account of the cruel trials of the creative process, and the heartaches and anxieties that occur while creating a large-scale work. Cameron, the self-help mega-guru famous for The Artist's Way, tells the reader about dinners with friends and disagreements with collaborators, creating a gentle but ultimately illuminating personal world in which writing and creating is paramount. This is quite inspirational.