Skip to main content
Labels
Posted by Walter Mason May 12, 2012 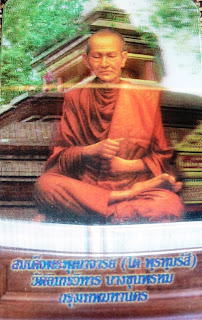 Having recently read Justin Thomas McDaniel's simply brilliant book The Lovelorn Ghost and the Magical Monk (which I have reviewed for an upcoming issue of New Dawn magazine), I have become more aware of the popular cult of Luang Po To in Thailand.
Of course, like anybody who has ever visited Thailand I have seen his image thousands of times, but until I read McDaniel's book I was unaware of just how significant a figure Luang Po To is, and how much his memory and image are revered in modern Thailand.
So one of the first things I did when I arrived in Thailand was to head over to Wat Indraviharn, which is the main point of Luang Po To worship in Bangkok.
Who was Luang Po To? He was a nineteenth century Thai monk, a fearsome figure who despised the west and any expression of western modernity. He taught the superiority of Thai Buddhism, and stressed a peculiar and extra-canonical practice - the recitation of a gatha or religious poem that he had written himself, though it was roughly based on a Pali chant.
This gatha is called the Chin-na Panchon (Pali: Jinapanjara) gatha, and at Wat Indraviharn you can enter a small, air-conditioned shrine to Luang Po To which has the gatha written in Khmer script at the bottom of a clear pool. 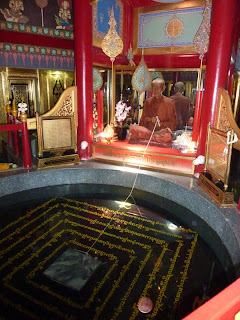 Thai people believe that the recitation of the gatha is a kind of religio-magical practice that can cure health problems and ensure success in all aspects of life. I bought a couple of CDs of the gatha to play at home - it's gotta be worth a try, right? 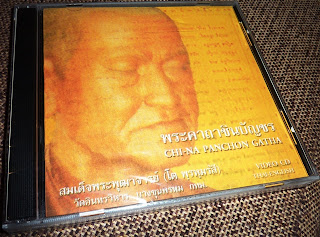 There is all kinds of religious memorabilia based on Luang Po To's image available. 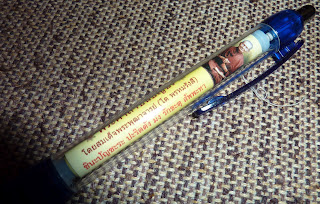 He is distinctive because he is frequently depicted in a peculiar position where one clenched fist is resting on another in his lap. 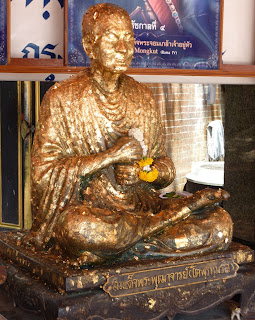 At Wat Indraviharn there is also a holy fountain where you can purchase bottles of water blessed by the statue of Luang Po To. 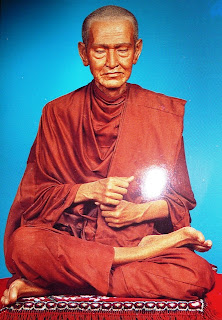 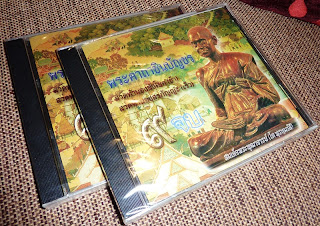 People believe that Luang Po To represents a golden age in Thai Buddhism and culture, and he is said to have been of royal blood himself, and ro have received the reverence and support of the Thai royal family. You can find images of him in temples and homes across Thailand, and also in the form of small amulets in cars and taxis. 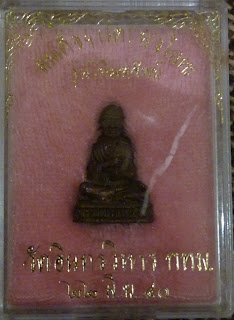