Today I have a really challenging and thought-provoking guest post from Australian author, healer and psychotherapist Avril Carruthers. More about Avril at the end of the post:


Do We Need to Get Rid of Selfishness?

Someone asked how to get rid of selfishness – ‘every little last bit’.

Maybe the Dalai Lama knows. He wrote a book about it:

Actually I think selfishness is a necessary part of evolution.

In one theory, notably Ken Wilber's 1981 book Up From Eden: A Transpersonal View of Human Evolution, before people evolve they are in a pre-personal, barely conscious state of consciousness, much like an animal, caring for others because it makes more sense to survive as a group and offers greater protection. In this stage, needs for food, water, shelter, propagation of the species are met instinctually. In third world countries, where slums and shanty towns are common, this is a state where people can often seemingly survive quite happily - at least they appear always to be smiling - because everyone they know is in the same boat. Solidarity and mutual support is the norm here, but it's rare for anyone who comes from these environments to stand up to make a difference, or to contribute to the greater good, apart from themselves and their own families. But I wouldn't call this selfishness, just survival. It's pre-personal because I don't consider myself any different to my neighbour, and if my survival depends on the support of my neighbour, I will also support him. I don't consider anyone outside the shanty town or slum, however. They're different. They seem to be entitled to have more, while seeming to be unhappier. But I'm happy in my limited world, so I don't care.

According to this schema, when people are still in a state of basic needs, selfishness is normal. Morals and ethics are less significant, because they concern the needs of others, or the greater good. For someone at survival level, it's essential to focus on their own survival and they literally cannot afford morals or ethics. In other words, if you must steal food to keep from perishing, it is counter-survival to be moralistic about theft.

Above the pre-personal stage of existence is the personal stage - where we decide life could be better. This is when we stand up from the crowd and demand a better deal for ourselves. At first, it's selfishness. It starts with being unhappy with what we have, or haven't got. We want something better for ourselves and maybe our families. But the collective - society, even our old slum - doesn't matter so much to us in this stage. We want something they cannot give. We might be greedy for the good things we've not had much of, and we're prepared perhaps to take it from someone else. We might feel alone, because we've distanced ourselves from limits and deprivation, and also support. But ultimately, this stage is about individuating and differentiating from the herd.

We evolve, hopefully, from this stage to Maslow's meta needs state. It's still self-concern, but it begins to be a Higher Self - what I call Higher Selfishness and Wilber calls the transpersonal stage of evolution. Here, once again we feel as though we are part of some huge whole - humanity - and my neighbour's good is my good. The difference is we have in the mean time individuated. In this state, we can actually make a huge difference to society, and not just for ourselves, but for the good of everyone we meet, humanity and the planet. We are no longer limited by others' opinions or constraints, or most obstacles. We are active, interested, capable, innovative and can find creative solutions to complex problems. We're also capable of inspiring others. A great example is the initiative obvious in the TED Talks community. http://www.ted.com/

So, how to get rid of selfishness? According to this, paradoxically, it's to meet your own needs fully first, and then to spread the good stuff around.

Avril Carruthers (BA M.Couns) has had a private practice in holistic transpersonal psychotherapy and healing in Sydney, Australia for over twenty years. Previously a nurse and a high school teacher, she teaches meditation and spiritual development and is an educator at the Australian College of Applied Psychology. 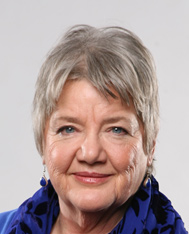 Apart from her qualifications in psychotherapy and counselling, Avril's practice rests on three decades of study and experience in energetic and spiritual healing with a number of martial arts, healing masters and meditation schools. Her second book, Freedom From Toxic Relationships, deals with relationships, the nature of attachment and psychic cords. It was released in May 2011.
Email Post
Labels: advice Allen and Unwin australian writers avril carruthers Guest Blogs selfishness