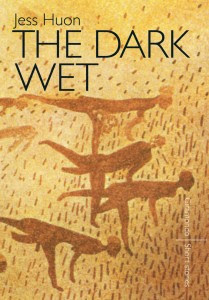 This book of connected short stories takes place in the most seemingly impossible combination of places: the suburbs of Melbourne and the steamy holy city of Varanasi. But Jess Huon somehow manages to make the two places seem like twin cities, filled as they are with the dark heat of longing and the furious frustrations of identities unformed, and passions unresolved.

Jess Huon is a new voice, and judging by this beautifully intense little book I think she is one we will come to know more and more. The twin passions of sex and religion are here in their starkness; the androgynous and sexually confused Australian teenager balanced by the twirling, chanting and genderless devotees of Krishna at a dusty Indian temple. And Isabelle, the heroine of the stories, with her own struggles with gender and identity, is torn between the outlaw freedom of a sexual rebel and the conformist comforts of footy boys and scholastic success. She finds her escape in yoga, in Buddhism and in the not-so-sublimated sexual longing for a guru, taking a brief respite at a Christian ashram in the Indian jungle. It is here that The Leopard Story, by far the masterpiece of the collection, is set. Huon manages to capture with elegant simplicty the perverse ironies of warring religious loyalties, the farce of Asian Christians at odds with Western converts to Eastern religions, each side warring with fierce conviction and contempt for the familiar realities of an unloved home. And sex is still there too, lingering in the shadows like the story's eponymous leopard, in the shape of longing for a dangerous and glamorous young pastor, himself a refugee from Western excess.

Jess Huon's India was, to me, a more intriguing place than her Melbourne. In describing Melbourne the stories have a literary familiarity, an obsession with suburban Australian space that is obsessively charted in Australian fiction. But in India Huon, like her character Isabelle, and like a thousand young Western backpackers, is thrust into the unknown, and in her case the result is luminous. And it is honest - Alex has no great understanding of the place she is in. It serves as an exotic and necessarily removed backdrop to her own psycho-sexual obsession and, for a moment, her physical failings.

And finally, but so importantly , there is religion, a thing rarely encountered in modern Australian fiction. Isabelle is dazzled by a world of temples and smells, of flowers offered and crushed, and of Hindu and Buddhist deities subtly but powerfully different. At times Huon is a travel writer as much as a writer of fiction, and I was thrilled by her ability to describe the places her characters inhabit, or at least drift through:

"Men, in the most beautiful silk saris, dancing, praying, reciting poetry within the temple grounds, faces glowing like the mangoes the women sold outside, along with garlands of flowers."

So many of us have visited India, or long to visit. The Dark Wet is one of the most sophisticated and thoughtful engagements with that country that I have read in a very long time, and Jess Huon's elegant writing is filled with promise. I will be watching for her with interest.