Skip to main content
Labels
Posted by Walter Mason May 08, 2011

It is a sad fact that, until relatively recently, one of the indignities visited upon gay people of note soon upon their deaths was their almost instant neutering. A varied and rich sexual life, a history of friends, lovers, partners and companions - all was washed clean in the name of normality. Sexual relationships were re-cast as close friendships and the poor dead celebrity was soon spoken of as "asexual." It was a predictable and almost ubiquitous process of "straightening up" queer lives, and biographers, academics, journalists as well as the friends and families of the late queer were all complicit in the conspiracy. In her lively, beautuifully written and constantly fascinating new life of E. M. Forster, Wendy Moffat has set about reversing this process, re-claiming the great British novelist as the lustful, horny old poof that he was. And I can't thank her enough for it.

Predictably, staid and genteel reviewers have been squeamish about this project. The reviewer for the Guardian (and many others) thought such a project unnecessary. Reviewer Ian Samson pouted that "sex doesn't explain everything," giving rather too much away when he praised one of Forster's earlier biographers who "draws a veil of decency" over the great man's sex life. But (and I'm happy to be proven wrong here) I am willing to bet that had the pure heterosexual exploits of a more manly novelist been delved into, The Guardian and the rest of the mainstream press would have been fascinated and would have acclaimed the biographer's bravery and thoroughness.

There, that's my little bout of bitchiness and conspiray theory over. It has done me good. Let me tell you , now, what a marvellous and compulsively readable book Wendy Moffat has written. Biographies of literary giants are, of course, one of my very favourite genres (Ellman's mammoth biography of Wilde is one of my desert island books), but sometinmes I throw them aside, bored with the detail and the uninispiring literary analysis. Moffat has wisely avoided this, instead embarking on a reasonably old-fashioned project of matching the texts to the author's life. What such analysis may lack in literay fashionbable-ness it more than makes up for by being endlessly fascinating, inspired and quite enlightening. 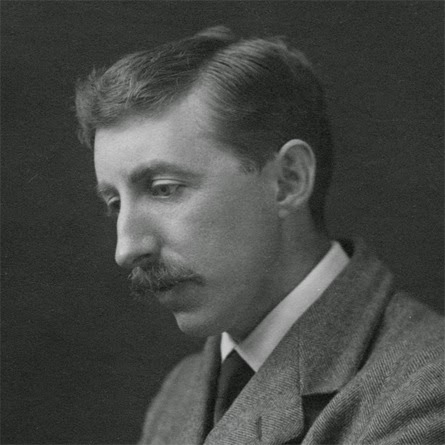 Forster (Morgan to his friends) was painfuly conscious of his homosexuality, almost from boyhood. His own shyness, self-consciousness about his looks (and he was a remarkably ordinary looking fellow) and the constant presence of his terrifying mother meant that he didn't act on his instincts till quite late in life, when he was safely abroad. The first great love of his life was a young Egyptian tram conductor that he met in Alexandria, and so began a lifetime of loving and caring for ostensibly heterosexual working-class men, a pattern that forced a great deal of secrecy and discretion, though Forster's own liberal impulses constantly urged him to stand up for homosexuals and seek some kind of equality in the law.

As the man who famously coined the wonderful (and slightly desperate) phrase "Only connect," Forster himself possessed a gift for friendship, and Moffat captures perfectly the quite extraordinary literary, creative and queer milieu he established around himself. Indeed, reading of his wonderful friendships with incredible people made me rather wistful, wishing and hoping that someday I, too, might become as conscientious about collecting the great and talented and making them a part of my life.

And then there are the parts which the erstwhile newspaper reviewers find so ucomfortable. The fact is that, after beginning at a remarkably mature age, Forster led a varied and really rather impressive sexual life, though some of it might be somewhat unsettling for the 21st century reader. His was a world still riven by class and race, and he set out to break down some of those boundaries. His was, unquestionably, a male-dominated world, though he maintained some strong friendships with women, including Virginia Woolf, who totally misunderstood him and his impulses, and described him as "limp and damp and milder than the breath of a cow" at the very stage of his life that he was rooting around like crazy and taking all kinds of reckless risks in the pursuit of lust.

Perhaps most fascinating is the incredible length of Forster's life, from post-Oscar Wilde victorian repression through to rock & roll. He died at a grand old age, and well into his 70s Moffat describes his continued interest in popular culture:

"Lady Chatterley may have seemed scandalous, but Morgan had read Roger Casement's Black Diaries, and Ulysses, Lolita and Giovanni's Room in the interim years. And just down the street at the local cinema, Elvis Presley - "a handsome boy" - sang and danced "most provocatively" in Jailhouse Rock."

Moffat's great talent, apart from subverting the biographical form in the service of queer reclamation, is in her storytelling, and Forster's life is rendered in this book dramatic, scandalous and oh-so-fascinating. This is a must-read - you won't be disappointed. 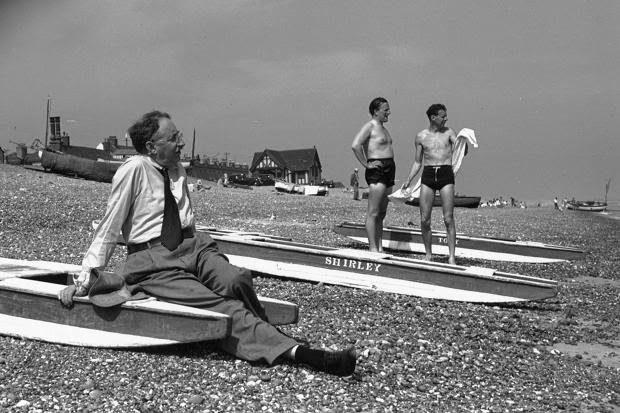