I have been away in China for the past week, and was much too busy living life to attend to my blog. No excuse, I know. But here are some of my most interesting grabs from the net. Hopefully will put up some of my China adventures soon. 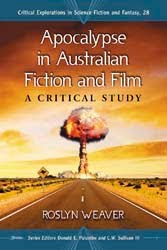