The Noodles of Vietnam 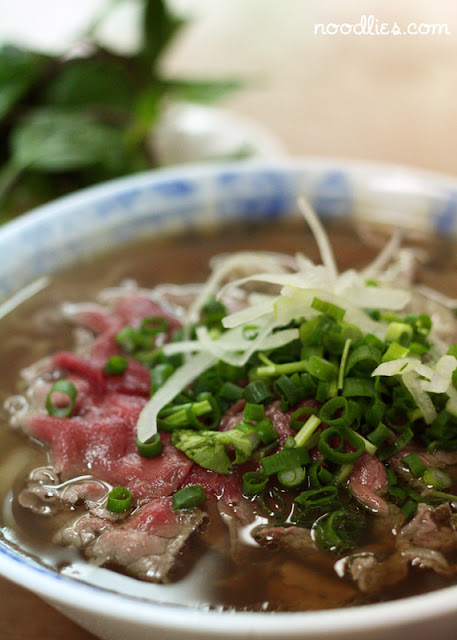 Noodles is one of the most popular and most widely available dishes in Vietnam.  And when it comes to noodles, most people think of Pho, Vietnamese rice noodle dish that is usually served with a variety of meat, with the most common being beef.

This dish is simply the pho noodles in soup with usually beef and topped with onion and spring onions.  Sides that comes with a bowl of pho include basil, bean sprouts, chilli and a slice of lemon or lime.  Hoisin sauce, fish sauce, and sometimes even sugar are added to taste at the table.

Hu tieu, while very popular in Vietnam, is more a Cambodian-Chinese influence.   They are also rice noodles but soup is more flavoursome than Pho benefiting from liberal use of garlic.  Hu tieu comes with a range of meat, including offal (so be warned).  At the moment, I'm liking the dry version, check it out in the video above. 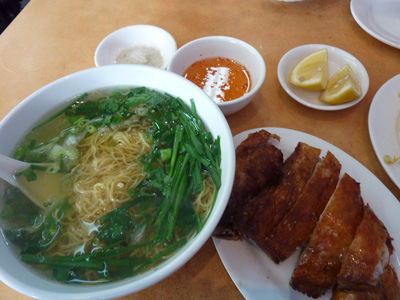 Egg noodles is another favourite, again this dish is Chinese.  The most well known in Cabramatta is Tan Viet, famous for their crispy chicken egg noodle (above). 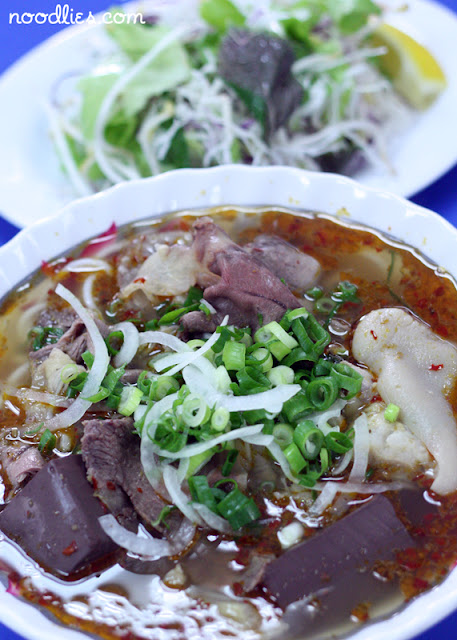 Bun Bo Hue is absolutely all Vietnamese, named after the former Vietnamese capital, Hue, although if you go there, the dish is completely different.  The noodles here are like udon and the sauce is the spiciest with chilli and lemongrass. There's a lot of pork, including trotters as well and congealed blood.
Yep, the Vietnamese love their noodles!