I think these are the first CDs I've purchased all year. I used to be a big buyer of CDs, but of course with all the changes in technology I have slowly drifted to digital formats. I still find the CD format to be incredibly convenient at times, though, and I miss the pretty pictures.
While on a silent retreat recently we did quite a bit of meditation to music, and I found myself really enjoying the process. Now, I know my purist friends are going to say "sorry, you weren't meditating - you were listening to music." And they may well be right, but what the hell, I found myself in a deeper, better place at the end of each session, and have found the practice incredibly helpful since I returned home.
So I went into the city and visited the wonderful Adyar Bookshop to check out what they had on offer and I bought two great new CDs from two of my favourite artists: 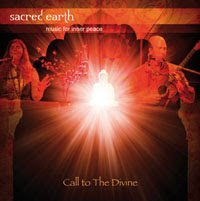 Call to the Divine by Sacred Earth - Sacred Earth are an Australian duo and I have followed them since they released their first CD. I have also been to hear them live, and they are just amazing. Their music is based largely on Hindu chant, but incorporates a lot of different elements: shamanic rhythms, ambient sounds and even folk rock. Prem's voice is quite unique, and I have their CDs on regular replay. 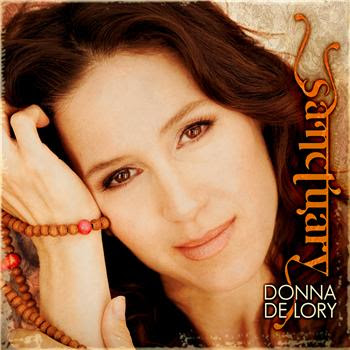 Sanctuary by Donna De Lory - Quite how I discovered Donna De Lory I don't know. Probably heard her CD Lover and the Beloved being played while I was working at Adyar. I fell in love instantly with her soulful voice and her modern re-workings of sanskrit chants. Exquisite stuff, with a nice combination of sanskrit and meaningful English lyrics, and some beautiful Indian intruments playing alongside electronic sounds. I keep getting lost in this CD and its beautiful moods. Ooh, and Donna was once one of Madonna's back-up singers, which makes her pretty fabulous in anyone's book!
Email Post
Labels: CDs chant Divine fan meditation music