An evening with Rilke 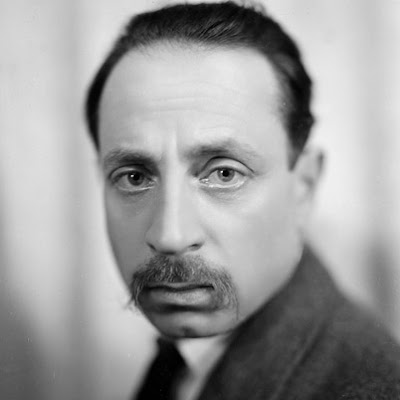 I used to work in a New Age bookshop, and one of the perennial sellers was Rainer Maria Rilke. We had a very small poetry section, and really all that sold was Rilke, Rumi, Tagore and Hafiz. As happens when one works in a bookshop, I never really investigated my customers' enthusiasm - you kind of become immune to it.
Fast forward a few years and I am now studying and writing full time, and I discover that Stephanie Dowrick - one of Australia's leading authors and an ordained Interfaith minister - has written a book about Rilke, based on her doctoral work on the poet. 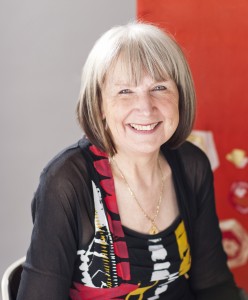 I bought the book as soon as it was released, but other things (the release of my own book, primarily) have gotten in the way, and it was only a couple of days that I picked it up again and actually started to read it carefully. I was lost in Rilke's extraordinary world, a world that was poetic and deeply spiritual. I was intrigued and elated by Stephanie's book, and couldn't wait to get along last night to hear her talk about Herr Rilke at the Goethe Institute (forgive the crummy photo - I was sitting in the back row of a sold-out house!).

She shared the platform with visiting American theologian and translator of Rilke, Dr. Mark Burrows, and together they made up a charming and fascinating double act enthusing about Rilke, both coming from a ponounced spiritual perspective. 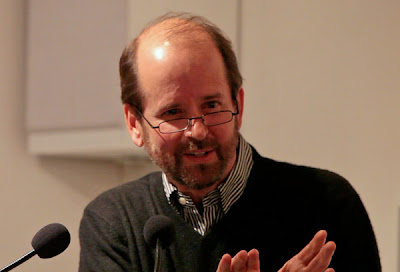 It was refreshing to hear poetry and literature interpreted in this way. Stephanie Dowrick claims that Burrows is the best translator of Rilke, and when they read the poems, Dr. Burrows gave them to us in German and Dr. Dowrick read them in English - a quite wonderful experience, even if I don't have any German. So I have found myself a Rilke enthusiast when I have always been one of those who is slightly suspicious of poetry.
In In the Company of Rilke, Stephanie Dowrick's exquisite book on the poet, poetry is explored as a spiritual expression, a clue not only to the poet's essence, but to the reader's.

Dowrick is much engaged with the complexities surrounding the act of translation (hear an interview about it here), and plumps for a translation of meaning over a technically perfect translation of words and forms. What she calls "nourish[ing] the sacred over the certain" can be extended to all matters and all parts of life's journey. 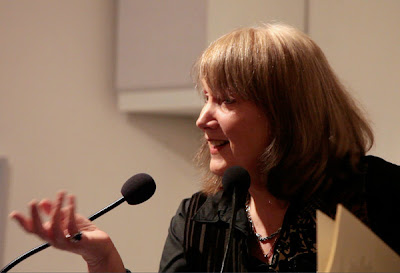 In a world that thrives on categorisation, the poet is free to interpret wildly and live more freely. Such a beautiful vision, and one which I wholeheartedly embrace. Yes, the whole thing is wildly romantic, and perhaps even impractical, but as Stephanie mentioned in her talk, when else can we allow our souls to become inflamed? Poetry is the perfect excuse to be ourselves.


The utterly charming Professor Mark Burrows - who I so wish could teach me theology - was also entirely in love with Rilke, and claimed for him - and for all poets - the right to fill us with a sense of the sacred. Not a sacred that is somewhere beyond us, but that dwells in the midst of us - and is waiting for us to stop and allow it to reveal itself.
Email Post
Labels: fan poetry rilke spirituality stephanie dowrick

Anonymous said…
you have been quite the seeking of the poetic thes last two night my friend. I was unable to get to this event but was so glad to get to the Eremos one. Malcolm S
2 July 2010 at 17:38