Like most, I am a parade of contradictions.
I abhor fundamentalism of any stripe, and my religious beliefs are defined by my refusal to bend or conform to anyone's dogma.
And yet the traditional forms of religion fascinate me, and more often than not I find them beautiful and moving - while at the same time rejecting many of the claims made for them.
One of the strongest ways this contradiction is shown up in my life is in my love for the old hymns, particularly those of the Methodist Church I grew up in. Now, I don't need to be told that to a progressive the words of these hymns are frequently repugnant. They are filled with religious chauvinism, Christian supremacy, and sexist and racist notions. But so are the Psalms, and I don't ever see Progressives seriously wanting to throw them out of worship. 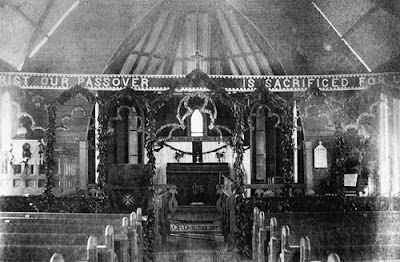 The fact is that the old hymns - which are almost universally despised by ministers and church music directors - still retain a great cultural power, which is evinced by the enormous crowds that rock up to churches whenever an old-fashioned hymn-fest is staged. I understand the desire of church professionals to change things, to introduce new music, but why not retain some of the old, especially when they are such crowd-pleasers?
And if the words are terrible and theologically suspect, can't we use them for a deeper reflection on contemporary spirituality, as a compare-and-contrast with older notions of church and Christianity which are no longer useful or even desirable?
I think it's hilarious that the two subjects that most deeply divide the Uniting Church in Australia these days are hymns and homosexuality. Probably inevitable, really.
Anyway, if you will indulge a reactionary moment, I'd like to divulge my Top 5 Favourite Hymns, as heard at my grandma's knee:

Anonymous said…
Well! For someone who decries adherence to the "fundamentals" of the Christian faith, you certainly have some good things to say about its hymnody! Much appreciated. And I pray that in the future the texts of these great songs will not only mean something to you emotionally, but spiritually to.
13 March 2010 at 03:37