The Casinos of Macau 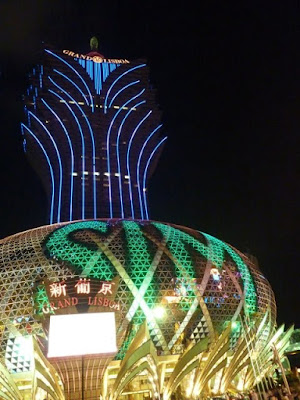 Now everyone knows I don't gamble.
In general, I despise casinos, and avoid them like the plague. I hate the way people look and act when they are inside them, and gambling leaves me desperately bored. It just epitomises all that I find most dreary in life. The only two things that can lure me into a casino are elaborate buffets and cheap-ish Long Island Iced Teas.
But while in Macau a visit to the casino is an absolute necessity, if only because the casinos are such an essential part of Macau's culture and economy.
My favourite is the ritzy and totally over-the-top Grand Lisboa right in the heart of town. 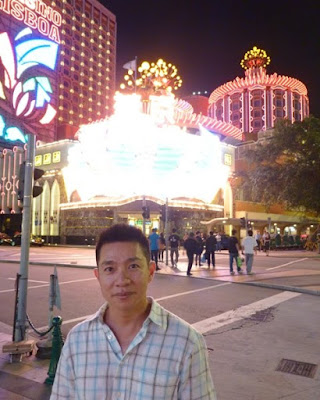 This is the mother of Macau casinos, and the complex stretches over several buildings, some more tacky than others (though all are tacky). 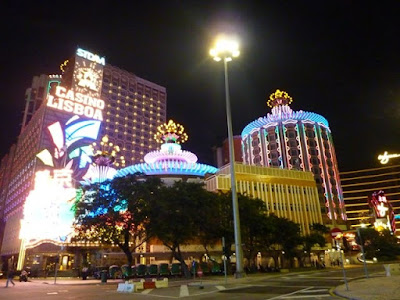 You are greeted at the door by extraordinarily tall Chinese boys (surely hand-picked for the job) dressed somewhat incongruously as Portuguese soldiers of some kind. The lobby features antique art-works bought by the casino's owner, the obscenely wealthy Stanley Ho. It flashes and sizzles in the night and its lights really do illuminate all of down-town Macau. The buffet is an elaborate spectacle all on its own, stretching for hundreds of metres and offering every food imaginable.
A close second comes the Venetian, which is out of town (though a short bus-ride away) on the Cotai strip. 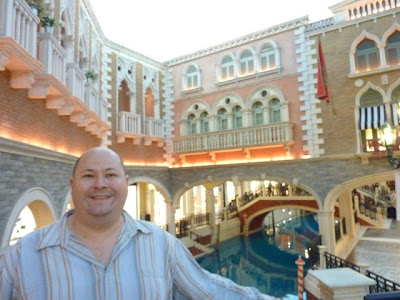 This is the second-biggest building in the world (I have never gotten around to finding out what the biggest is), and represents a truly pointless effort to recreate the delights of Venice. There's no denying the place is massive, filled with kilometres of shopping arcades and restaurants that wend along the fake canals. The canals are filled with gondolas and rather hunky gondoliers from just about every country in the world. Ours was a Puerto Rican boy with enormous feet (he told us that!), so the mind does boggle, rather. There are also shows and light-operas constantly being performed for free in the complex, and I am certain that the place must have employed just about every available Filipino opera singer on earth.
When we were there last time we went to the opening of Australia's own Crown Casino, though the crowds were so amazing that we soon gave up and slunk away home. 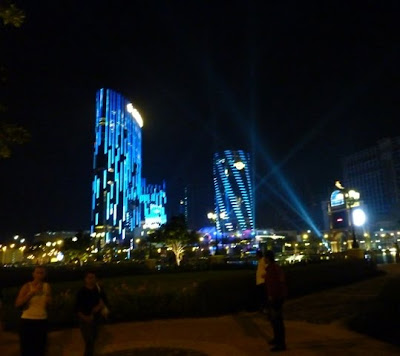