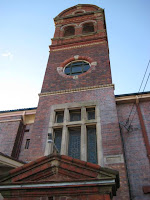 I went to a talk at the Brahma Kumaris centre in Ashfield on Saturday. I hadn't been there in many years, but for some reason I felt called to go and listen to this particular talk, and I'm glad that I did.
The Brahma Kumaris are in a gorgeous old Victorian mansion in Alt St. in Ashfield. 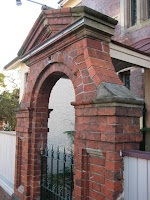 It's an imposing place, and the main lecture room is up a series of narrow staircases culminating in a kind of observatory at the top of a tower. 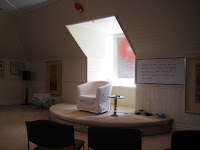 It has great atmosphere.
The talk was given by a quiet, unassuming Australian man called Charlie, who I believe is the leader of the Brahma Kumaris here in Australia. I had a headache that afternoon, and was feeling drowsy and grumpy, but Charlie's talk turned out to be amazing. Challenging and insightful, I was impressed by his honesty, and many of the things that he said have remained with me since.
He was talking about how we can cope with the pressures of modern living. He said that we are always seking out pain - whenever we can we will hone in on hurtful emotions, almost as though we want to be depressed, offended and generally unhappy. Charlie said that this was simply a manifestation of ego, or what he called "body consciousness."
There weren't many of us there, and he closed the talk with a lovely meditation (ok, I will admit I dozed off during it) and then some delicious sweets, prasadam I suppose.
After the talk I wandered up to the gorgeous old churchyard in Alt St and spent some time in the cool early evening among the graves. 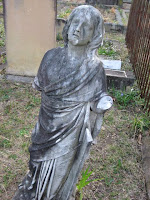 Altogether it was a lovely way to spend an afternoon, and I plan on doing it again soon.
Email Post
Labels: Brahma Kumaris cemeteries spirituality