Skip to main content
Labels
Posted by Walter Mason May 14, 2009 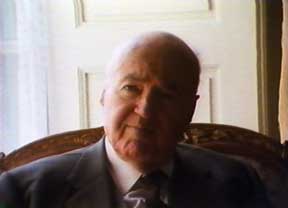 You may know that I am overwhelmingly interested in the figures at the margins of life. The successful I find dull - their stories are so standardised and oft repeated, and their work is frequently over-praised. If someone is too regularly acclaimed, all of my warning bells start ringing. If the world is at one in agreeing a person a genius, I am invariably at odds.
I admire the careers and stories of those who struggled for success, but never quite made it, for whatever reason. So often the books of the moderately famous are SO much more interesting.
One of those people who have fascinated me since I first heard of them is Harold Acton.
Acton was an extraordinary person. Born to an immensely wealthy American woman and an impoverished, but upper class, English father, Acton grew up in Florence and went to study at Eton and Oxford. He knew absolutely everybody, and was a socially gifted raconteur whose legendary charm (and ample allowance) made him a popular figure in "between-the-wars" England. Clever and entirely over-cultured, Acton developed a reputation as a lounge lizard and dilettante, and being wealthy proved to be his curse. Never forced to earn a living, Acton never really applied himself to anything much, and so a really quite brilliant talent was frittered away in a lifetime of moderately amusing interests and diversions.
For many years he was supposed to be the model for Evelyn Waugh's foppish character Anthony Blanch in Brideshead Revisited, but Waugh always denied this, and it is much more likely that the real-life model was Acton's Oxford pal, Brian Howard - the most phenomenally wonderful failure ever to have existed (with the possible exception of Stephen Tennant).
Acton became something of a sinophile, and spent some years living in Beijing, where he set a wonderful comic novel called Peonies and Ponies, which no-one ever reads any more, but which is really quite lovely.
He was a lifelong friend of Nancy Mitford, and wrote the first biography of her.
Acton's most famous book was probably his autobiography, Memoirs of an Aesthete, which I am currently re-reading for the umpteenth time. He had the good fortune to outlive most of his contemporaries, and so when he released the autobiography he was enough of an historical oddity to excite the interests of a nostalgic reading public.
All his life Acton was more or less openly gay, and there are some stinging passages in Memoirs when he reflects on the respectable middle-aged scions of British society who were once his lovers during the salad days at Oxford. His reputation as an art connoisseur grew and grew, and when he died he left his sizeable fortune and collections to New York University. This estate is still the subject of court challenges, as it was one of the finest and wealthiest in Italy.
Acton's miniscule literary output belies his skill as a writer. The books are really very charming, well-crafted in an old-fashioned way, and well worth reading.
Email Post
Labels: biographies bright young things england gay Harold Acton nancy mitford queer writers

Anonymous said…
I just picked up Acton's memoirs, charmed by their title but was unsure if the material would live up to it. You have reassured me, though I have yet to have the time to dig into it. Oh and I agree that failure is infinitely more interesting than success...anyway lovely blog.

Anonymous said…
This comment has been removed by a blog administrator.
23 February 2010 at 19:35

Anonymous said…
I, too, am discovering the late, great Sir Harold Acton. I am now reading "More Memoirs of an Aesthete" and will soon commence reading the original "Memoirs". Lord Acton's writing is witty, amusing and also erudite - a wonderful combination. He seems to have been a very generous spirit and was an admirable son in the way he card for his elderly parents (who had apparently openly favored Harold's brother while he was alive). Anyway, I will be busy locating more of Lord Acton's writings and I look forward to being entertained by them for many hours to come. I wish I could visit La Pietra some day!
Anita
7 November 2010 at 06:07

Walter Mason said…
Anita! Lovely to hear from a fellow fan. I've always wanted to read "More Memoirs..." but whenever I've checked on abebooks they are listed at such an outrageous price - maybe it's time to check again?
7 November 2010 at 15:48

Mandy (from uni) said…
Hi Walter, I really enjoyed reading your article as always. Holidays are coming up and I think you have inspired me to read similar material as it is interesting. Thank you for sharing