The latest issue of Kill Your Darlings literary journal has just come out, and in it you'll find an essay by me on my lifelong obsession with Boy George. 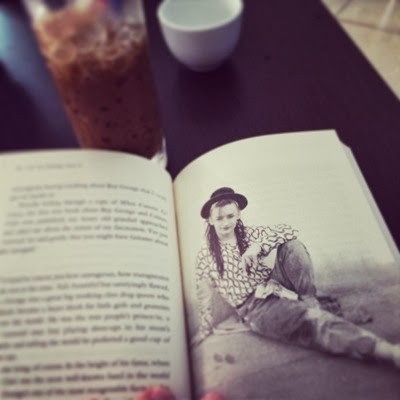 Order your copy of Kill Your Darlings here

In the meantime, here's an old post from me about discovering my old Boy George scrapbooks:

I found another of my old scrap books and had the idea of scanning some of the images in. But the results are disappointing - maybe my scanner is too crappy, but also the images have been glued in to exercise books, giving them a corrugated surface which is hard to scan.
Here are the few I did before I gave up - selected on the basis of them being images of George I haven't seen on the net before.
As a youngster I was a mad Boy George fan, and had 6 or 7 scrapbooks filled with pictures of him. He was just so famous back then that I found it hard to keep up.
He still remains an inspiration, and I say a prayer for him every night. 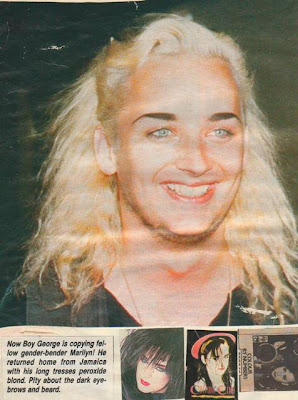 This is George in his bleached blonde phase, returning from a trip to Jamaica with Marilyn. The first time he ever appeared in public with facial hair - and the last time for many years! 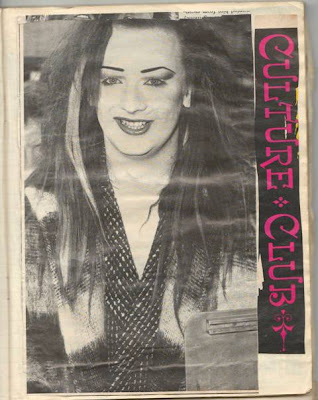 George beginning to get chubby for the first time. 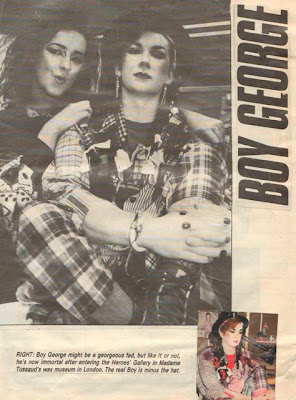 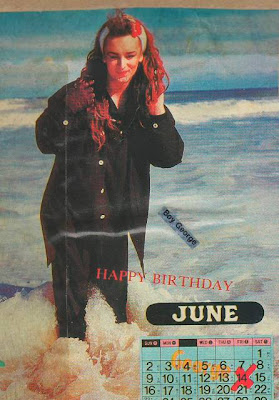 George out of his element on the beach. Again in Jamaica, I think. Jamaica became a place of refuge for George, and he recorded a wistful video clip there for his little known but beautiful song Keep Me in Mind.

Κοκορίκο said…
Hallo.
Nice article! I have kept some old srcap books too from my teen year with boy george. I still believe that he is a unique icon and artist.
11 June 2009 at 09:40

Rebecca Kennedy said…
How fabulous that you still have your old scrapbooks! I also love Boy George - what a great voice & unbelievable style...
22 August 2011 at 08:41

Anonymous said…
That photo on the beach from the 1985 calendar was taken in Queensland in 1984.