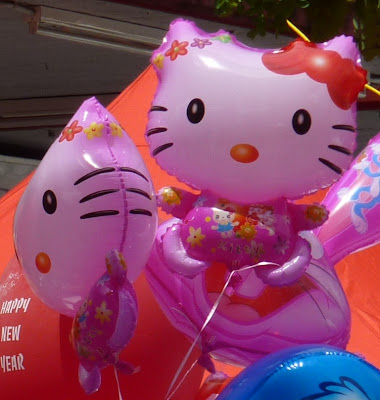 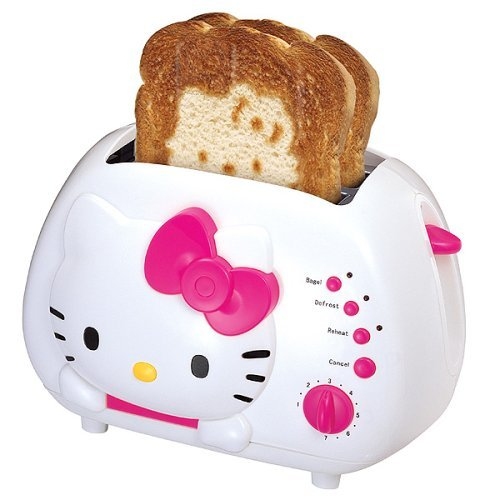 I hate to be one of those people who claims to have liked things before anyone else, but honestly, I have loved Hello Kitty for 20 years now, back in the days when people were perplexed to see a grown man using stationery embossed with a bright pink little kitty cat.
Now, of course, no-one blinks an eye.
And it seems that Kitty's star is on the rise, with Paris Hilton embracing the mouthless feline as her own personal totem.
When I was in Taiwan I lived right across the road from a big Hello Kitty shop, and from week to week I would wait for the new window display, exposing a whole new range of Kitty products. One week it would be a Kitty television, the next a Kitty rice cooker. If one delved deeper into the shop one would discover a whole world of other creepy Japanese cartoon characters who seem to exist only to sell branded products. Among my own pantheon of favourites includes Monkichi, Kero Keroppi and the exquisite Tare Panda.
Sydney once had its own Hello Kitty stores, but they both closed down, victims of a vastly over-estimated expectation of the Australian enthusiasm for tat. Sometimes I thought I was the only customer. I mean, why didn't Sydney embrace hyper-inflated plastic items emblazoned with insipid cartoon characters? Where have we gone wrong as a nation?
I actually once wrote a paper on Hello Kitty, using her as an example of the globalisation of Japanese culture. And it's true that, no matter where you go in Asia, you will find quantities of Hello Kitty paraphernalia, much of it pirated. I seem to remember that the conclusion of my paper was that, in centuries to come, Hello Kitty will be elevated to the rank of divinity, and people will be making offerings to this enigmatic icon.
My third book is going to be about Hello Kitty - I am going to follow her around the world.
Watch this space.
Email Post
Labels: brands Hello Kitty icons Japan nostalgia popular culture