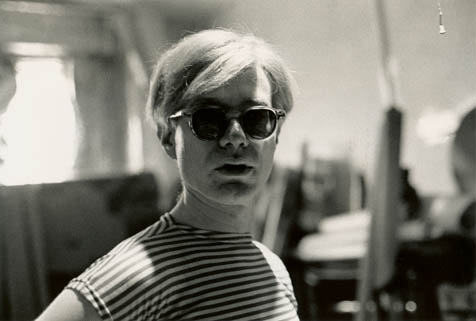 I've been reading a brilliant book called Pop Trickster Fool: Warhol Performs Naivete, and I'm reminded once more of how much I love Andy Warhol and admire the way he changed the face of Western popular culture. The premise of the book ( a weightily academic tome) is that Warhol self-consciously cultivated a faux-naif persona that allowed him to move freely across cultural milieus. It's a fascinating assessment, and I find the book very compelling. I haven't enjoyed a book about Warhol so much since Bob Colacello's scandalous Holy Terror, which was something of a bible for us hip things back in the heady days of 1988/89. We were also enthralled by the Warhol diaries, their sheer banality offering us hope that our own dull lives could be equally glamorous. Later I had the privilege of knowing not one but two people mentioned in the diaries, but that seems to carry little cultural cachet these days. Back then people were willing to lie about the fact! It seemed every second person one met claimed to be in the diaries. "Just check the index darling, I'm in there."

I love his art, his movies and the fact that he named a font after his mother (it's called "Andy Warhol's Mother"). I love the fact that he cultivated a whole generation of fabulously beautiful drag queens and doomed heiresses as well as discovering Joe Dallesandro. His books are particularly brilliant, filled with the kind of bizarre advice that actually works. He recommends you use outmoded swear words, for example - that way you can never possibly be offensive, and people will think you are cute. I followed that advice for years, nothing stronger than a "gosh" or "golly" crossing my lips. Sadly, I have moved on to stronger exclamations, but Andy stuck to his guns right to the very end.
Email Post
Labels: art diaries queer warhol