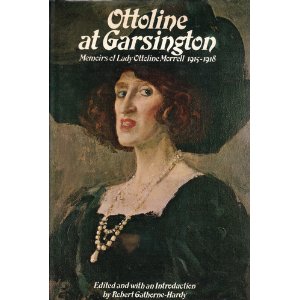 Lover of literary legends, Lady Ottoline Morrell is, perhaps, the foremost in my pantheon of obscure heroines. She was the very prototype of the cougar, and she was also the original fag hag. Rich, eccentric and lucky enough to have a very indulgent husband, Ottoline Morrell existed on the fringes of the lives of almost every significant literary figure of the Bloomsbury era. Her extravagance and her peculiarity of dress meant that she became an object of fun, and her single-minded pursuit of the talented saw some unkindly accuse her of pretension, but she remains one of the really great characters of the Edwardian era and beyond. 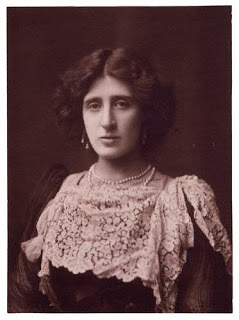 Born in 1873 to an old aristocratic family, she married into money as well, and her parents-in-law were themselves famous for lionising literary figures, hosting people like Oscar Wilde at their extravagant parties at Headington Hill Hall in Oxford, a property Ottoline was to inherit. In his history of the Bloomsbury group, Leon Edel says that Ottoline was never properly a Bloomsburyite. Instead, he maintains, she created her own satellite group which fed on Bloomsbury and occasionaly offered refuge from it. Starving poets, writers and artists could rely upon her opulent hospitality, though they often rewarded her by gossiping about and lampooning their hostess. 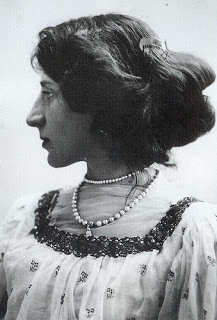 Some viewed her as the saviour of bohemianism, championing the new arts amongst the solidly upper class, encouraging them to invest in books, art, and even painted furniture that represented the new face of Post-Impressionism. Her colourful style and keen endorsement of even the most outlandish creations of the new guard meant she was seen as a great "character," an eccentric of a distinctly English type. Describing her in his book on Bloomsbury, Quentin Bell calls her a "fantastic, baroque flamingo." 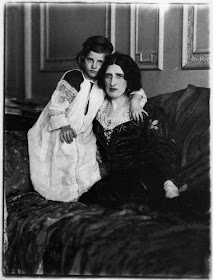 For Virginia Nicholson, writing in her superb history Among the Bohemians, Lady Ottoline serves as an exemplar of a sexual type, indeed, the inspiration for the lusty aristocratic lady in Lawrence's Lady Chatterley's Lover. It is said that this story is based on Ottoline's real-life affair with her young gardener, conducted under the nose of her unsuspecting husband. Most think that Lady Ottoline had an affair with Lawrence himself while he was still a young and unknown writer, and he described her as a kind of nymphomaniac, a woman incapable of real sexual pleasure but who sought it feverishly. 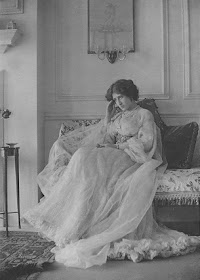 She does seem to have possessed a fearless capacity for pursuing men who were much younger and vastly socially removed from her. She bedded the priapic Augustus John and famously fell head over heels for the young Bertrand Russell. She was a far from beautiful woman, and in her biography of Virginia Woolf Hermione Lee describes Lady Ottoline rather ungenerously as speaking "in a weird, nasal, cooing, sing-song drawl." 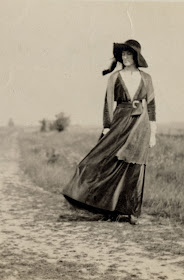 Ottoline's final country house, Garsington, became legendary as a kind of drop-in centre for high Bohemianism, and she managed to create a singular literary salon were, according to Michael Barber, she mixed gruff homeless poets with callow young noblemen and expected all of them to amuse her with culture, gossip and perhaps the occasional roll in the hay. Her long-suffering husband Philip Morrell survived her and spent his final years being fussed over by an equally elderly maid. He seems to have been amused by his wife's flamboyance and constant hospitality.